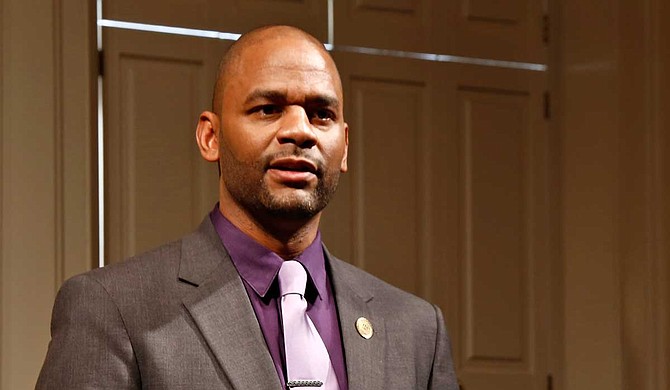 Jackson Ward 4 Councilman De’Keither Stamps said he worries that police could abuse facial recognition technology and that it could have disparate impacts on people of color. File Photo by Imani Khayyam

The Jackson Police Department will not be able to use facial recognition technology to identify people after the city council voted to preemptively ban the practice on Tuesday. Ward 4 Councilman De’Keither Stamps, who introduced the resolution, cited privacy concerns. JPD does not currently use the technology.

"Our issue, really, wasn't just the cameras (on the streets). Our issue was the facial recognition portion, which is able to track people and record and document them continually," Stamps said. "And do we want this technology to be utilized inside of our city?"

He said he wants limits on government powers to track citizens. 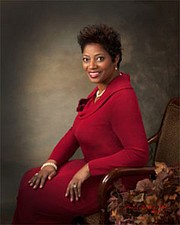 "We want the government solving crimes," he said. “But do we want (a) government that far into tracking us, our whereabouts, where we go, how far we go, all day long and document(ing) it and keep(ing it) on recording for our foreseeable future?"

The resolution noted that one of the technology’s deficiencies is that it has a higher error rate when it comes to identifying people who are not white.

Another problematic aspect is that the tool can lend itself to abuse by law-enforcement agencies, the resolution claims.

"One of the challenges that people have about artificial intelligence is that most of the databases used to train the AI tool do not have enough faces of color to be able to identify nuances between (their) faces properly," he said.

"We launched our first aviation training academy—JMAA Education and Training Academy," she said. "It was a success. We want you to know that the board is working for the progression of Jackson, from the airport perspective."

The Jackson airport leadership appeared before the city council to have the city co-sponsor a $1.8 million Federal Aviation Administration grant application. The airport improvement grant will partly cover some construction and planning projects at both Jackson-Medgar Wiley Evers International Airport (JAN) and Hawkins Field Airport.

"In the midst of the pandemic, the airport is still thriving and surviving. We still have good financials," Harris said.

While traffic is down at the JAN, health care-related traffic via Hawkins is doing well, she added.

"We want you to know that Hawkins is where we are focusing on," Harris said. "With the decrease (in) traffic at JAN, Hawkins is (thriving). It's a different type of traffic. It is more industrial. We have two medical (centers) out there now that have increased traffic for the area."

The end may be near for some Jackson residents’ sewer-drainage woes after the council on Tuesday ratified seven emergency repair contracts that Mayor Chokwe A. Lumumba’s administration awarded to three private businesses to address the problem.

Hemphill Construction Company, Delta Construction Inc., and Utility Constructors Inc., will execute the project covering four of the city's seven wards at the cost of $2.5 million.

"The city of Jackson has a high number of sewer main failures throughout the Jackson corporate limits," states one of the contract documents. "The result of failed sanitary sewer mains has contributed to sanitary sewer overflows violating the Clean Water Act and the mandated Federal Sanitary Sewer Consent Decree."

Ward 3 sewer-pipe repairs address problems at the Medgar Evers Boulevard and the intersection of Woodrow Wilson Avenue and Prosperity Street, with Delta and Hemphill as the respective contractors.

Work in Ward 1 includes the damaged sewer main across Purple Creek on Westbrook road and along White Oak Creek near Adkins Boulevard, with Hemphill in charge.

Repairs in Ward 6 cover the damaged pipe on Wooddell Drive and the intersection of Raymond Road and Scanlon Drive, with Utility and Delta as the respective contractors.

Ward 7 has Delta in charge of the emergency repairs at three locations: Edgewood Street, Euclid Avenue and Arlington Street.

The emergency ratification orders noted that the failure of the sewer pipes across the city caused raw sewage to flow into nearby streams and creeks, jeopardizing the lives of those living around those places.

"Because of the adverse effect on human health, the environment, and public safety, the mayor invoked the emergency procurement process," the order said.