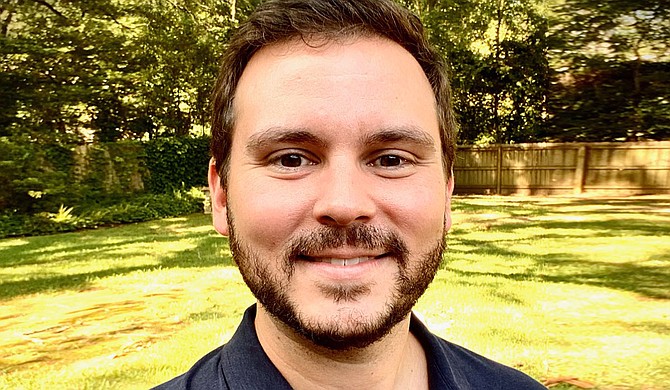 Tommy Wright, a partner at the Anderson, Crawley and Burke law firm in Ridgeland, has been handling cases such as worker's compensation, personal injury, construction accidents and premises liability as a civil-defense litigator for 11 years.

Wright was born and grew up in Jackson and graduated from Jackson Preparatory School before enrolling at Mississippi State University, where he received a bachelor's degree in industrial engineering in 2006. He then enrolled at the University of Mississippi School of Law and received his juris doctorate in 2009.

"Part of why I went from studying industrial engineering to law school was that I never really wanted to be a practicing engineer," Wright says. "I wanted to have a background in engineering so that I could better get into either business or law."

Part of what ultimately swayed him to pursue law, Wright says, is that his father, Tom Wright, had started law school in his youth but ultimately pursued other paths. Wright's family helped found the Wright & Ferguson Funeral Home, which operated out of downtown Jackson. The Jackson location has since closed, but the business currently has branches in Flowood, Clinton and Raymond.

In 2019, Wright began having gallbladder problems and showing symptoms similar to acid reflux. When he went in for surgery, a CT scan before the procedure revealed that Wright was actually suffering from an anterior mediastinal germ cell tumor, a rare type of cancer that occurs in roughly 1 in 500,000 people. The scan showed that Wright had a tumor roughly the size of a grapefruit in his chest above his right lung.

"I was fortunate that my wife, Courtney Wright, happens to be a physician assistant at Central Surgical Associates," Wright says. "She was watching my symptoms the whole time and thought they were different from just gallbladder problems. She was the one who asked the doctors to do the CT scan even though they don't usually do that before that kind of surgery. It's thanks to her that they caught it when they did."

Because the type of tumor he was suffering from was so rare, Wright says, few doctors in Mississippi had experience treating something like it. Wright and his wife ultimately went to Kenneth Kessler, a doctor at Indiana University Health Systems in Indianapolis, Ind., to get what is called a "clamshell surgery," which involves making an incision across the chest horizontally rather than vertically as is often done to remove the tumor. The surgeons ultimately had to remove two-thirds of Wright's right lung to remove the tumor.

Wright, who says he has enjoyed running for his entire adult life, has since been working to take it back up again after recovering from his surgery. His current goal is to work his way up to running a half-marathon.

He is also looking to volunteer with the American Cancer Society, an organization that supports cancer research, in the future. Specifically, Wright says he would like to take part in programs to drive people to their appointments who can't make it on their own, which Wright says is especially important for elderly people in light of the COVID-19 pandemic.

"What I like the most about what I do is getting the chance to help people in different forms, whether that's helping the local community and its interests, representing business owners or doing estate work to help people with wills," Wright says. "I enjoy the challenges of a diverse practice that needs new solutions all the time."

Wright and his wife have been married since 2012.