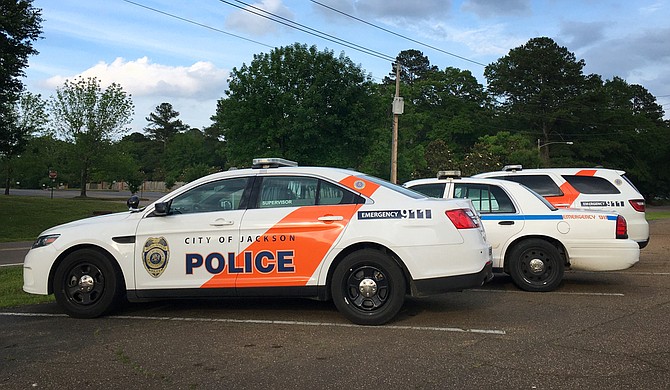 The Jackson Police Department has dozens of vacancies, which may be hard to fill because would-be police officers got cold feet after the civil unrest in the wake of George Floyd’s murder, JPD says. Photo Kristin Brenemen

In Mississippi, “aggravated assault” is a felony charge that can include attempted murder, which is not a separate offense here.

"When you look at armed carjacking, people robbing others of their cars, going into individual businesses, we see (a change) because of this virus-pandemic," he said.

Wade said the increase in aggravated-assault cases is likely due to people confined to their house due to the pandemic lockdowns.

"Aggravated assault: that is because we have a lot of individuals at home, confined together and have arguments," he said. "Whether it's domestic or whatever, it ends up being an aggravated assault. For example, this past Sunday, we have a mother and daughter that was killed by their own relative."

Though homicide is up from 57 in 2019 to 68 this year, an increase of 19%, and rape and sexual assault increased from 21 last year to 30 this year, it's not all gloom and doom. Some of the numbers have dropped compared to 2019, which could also be due to the pandemic-lockdown movement restriction.

Wade also informed the committee that the civil unrest that rocked the country after George Floyd's death in police hands negatively affected the recruitment drive of JPD to meet some of its staffing needs.

"We originally have 48, 49 (intending police officers) prior to the pandemic,'' he said. "Once the pandemic happened, and once we had the civil unrest across the county, we ended up losing probably 20 or more who decided that they did not want to pursue being a Jackson police officer. Some people rethought becoming a police officer.

"We plan to have another class overlap that class. We have opened up police recruitment online where people can apply for the position. We anticipate that (there) will (be) another class before the end of the year."

Aaron Banks, who wears three caps as council president, chairman of the law-enforcement ad hoc committee and Ward 6 councilman, asked at the meeting for the number of police officers in different sections of JPD. The answers he got revealed dozens of vacancies yet to be filled.

Banks said that information is important going into the budget season, which ends in a few weeks. “We want to have some of the information beforehand so we can look at making sure that our public safety is staffed correctly," he said. "And that we are giving you guys all the tools and resources that you need to do your job.That is very important. (In my) frame of mind, law enforcement is tied directly to the city's economic viability because people do business when they feel safe."

"These (staffing) shortages are alarming," he added.

Banks commented on the challenge of retaining City of Jackson police officers after disclosures in the meeting that while a new JPD officer gets about $30,000 a year, his counterpart in the University of Mississippi Medical Center state police force earns $40,000, and those at Jackson State University and the Capitol Police make $32,500, although they perform less intense job roles.

"We are not trying to find blame; we are trying to appropriate the money where it needs to go so that you have the resource, the personnel you need," Banks told the police officers who answered the six-member committee’s questions at the meeting, speaking via teleconference.

"I have so many phone calls from the constituent regarding the fact that our police officers, because of the shortages, are not as (effective) they should be," she said. "My phone rings off the hook. We have 13-year-old kids putting guns in the faces of people and taking their cars at gunpoint, and a lot of that is because the kids are not in school, but police are trying.

"For whatever reason, we got businesses leaving, people leaving our city, (because of) lack of response from the police, or lack of arrest, lack of problem-solving," Lindsay added. "Yet I think we got to do something in our police department. If we don't, we are going to lose, we are going to lose, and I cannot say that emphatically enough.”

Lindsay supports spending what it takes to have an adequate police force, she said.

"You have to spend money,” she said. “This is one of the cases where I feel that if we don't invest in protecting our citizens, we will lose money, and that to me is just a basic business principle."

‘A Problem That We Cannot Police Our Way Out Of’

The meeting’s argument for increasing police pay comes as there are moves nationally to “defund the police,” or at least redirect some of the funding into more community-driven solutions and put the money toward other models of ensuring security in the community.

Wade says law enforcement officers do deal with issues that should not be in its purview.

These include issues dealing with homelessness, drug addiction and mental illness, he said.

“We have a problem that we cannot police our way out of, dealing with the homeless and the mentally ill communities,” JPD Chief James Davis said at the meeting.