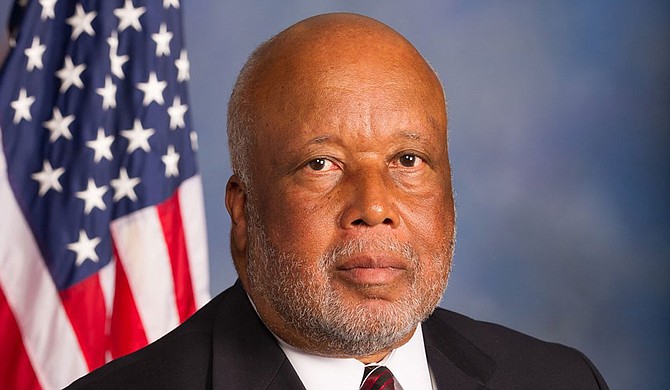 U.S. Congressman Bennie Thompson says the intent of the CARES Act that Congress passed was to leave no one behind—but worries the Mississippi Department of Employment Security is not doing enough. Photo courtesy U.S. House of Representatives

Lauren is a single mother of three living in the Jackson metro, a dental hygienist furloughed because of COVID-19 since March 21 who has still yet to receive her unemployment benefits over a month later.

"So it's been what, a month? I've been calling every day, calling and on the phone for hours, just on hold. And then it would either just hang up, or it would say to request like a call back. And then nobody would ever call me back," Lauren told the Jackson Free Press on April 24.

Lauren, who asked to withhold her last name, used the Mississippi Department of Employment Security's website to apply for unemployment and pandemic assistance. But an unspecified "discrepancy" in her eligibility left her in limbo until her mother, processing her own claim, managed to break through the clogged phone lines and mention her daughter's issues.

Still, although the chance phone call confirmed her eligibility in her online application, a month later she has yet to receive her unemployment card, which contains the money and possibly the pandemic assistance funds she is counting on in lieu of her paycheck.

Lauren considers herself immensely lucky for the savings she has been able to rely on while waiting for the unemployment funds to come through.

"If I didn't have that, I wouldn't be able to do anything right now," she said. "Especially with the schools all being closed because I've become, you know ... a teacher," Lauren said, referring to homeschooling her children.

Nycole McCray finds herself in a similar position. A single mother of two, she lost her job as a full-time permanent substitute teacher at a Head Start program in Leland, Miss., on March 16. She applied for unemployment through the MDES website shortly afterward.

"It said I had an outstanding eligibility issue," McCray said on April 24, adding that the website offered no explanation for what that issue might be.

McCray calls MDES every day to seek answers for what went wrong with her application. "You always get the busy signal, that's all I hear," she said. "I sent an email. They told me I had to handle that issue over the phone."

Her youngest child is not going to daycare now, and her oldest is attending elementary school online. McCray says she is enjoying the additional time with her kids, but rent is looming.

'The System Is Failing'

March signaled the beginning of the unemployment crisis in Mississippi, as the first reports of COVID-19 led to the initial rounds of social-distancing guidelines. Patchwork restrictions emerged, with some non-essential businesses closing their doors to better protect their customers and employees with others finding ways to justify their continued operation.

Even in the early days of the disaster, the week ending March 21 brought more than 5,000 new unemployment claims—only the financial crisis at the end of the aughts surpasses this record. The next week, ending March 28, had no historical equivalent with more than 32,000 Mississippians filing for unemployment.

Those new claims are down from the last two weeks' all-time peak. But continuing claims of those who are actively receiving (or hoping to receive) unemployment benefits after previous applications continue to rise. The newest report pegged the those claims at 91,748.

With upward of 150,000 total claims from unemployed Mississippians less than two months into the crisis, the current numbers may not reveal the full extent of the body blow to employment in the state. The Mississippi Department of Employment Security, the state's unemployment agency and what passes for a Department of Labor in the state, could not keep up with the influx of new jobless residents.

"I think it's, you know, a lot of states' systems were so archaic that they just couldn't handle the capacity," U.S. Rep. Bennie Thompson told the Jackson Free Press in an April 24 interview.

Changes to the nature of unemployment on a federal level contributed to the skyrocketing applications. "Congress more or less saw that with this coronavirus pandemic employees were going to have a tough time," Thompson said. "We knew those ... gig economy people would probably be independent contractors, who may or may not have paid into the system, but nonetheless work hard to take care of their family. So we wanted to make sure that there was a program available for those individuals also."

The CARES Act, Congress' first attempt at staunching the COVID-19 wound, relaxed many of the standards typically expected of unemployment seekers: ending the one-week waiting period for the newly unemployed; providing an additional $600 weekly "pandemic relief" benefit; removing the requirement that beneficiaries continue to search for work while receiving funds; and expanding eligibility to a variety of workers who would not otherwise qualify for unemployment. That included freelancers and those who work on contract, for whom employers generally don't pay unemployment taxes.

Thompson made it clear to the Jackson Free Press that the $600 weekly pandemic assistance funds were a baseline—no individual who qualifies should receive a penny less, he emphasized.

But employees from both the traditional pool of unemployment recipients and those who qualify for pandemic relief have called the Jackson Free Press and Rep. Thompson's office alike, complaining that they could not get through to MDES even after hours of attempts.

"At two o'clock in the afternoon," Thompson says, "we called, and the recording said to call the after-hours number. We said, wait, it's 2 in the afternoon! So somehow, the system is failing those that really, really need help."

'Not the Congressional Intent'

Chris Howie worked seasonal retail into this January, freelanced where he could and takes care of his elderly mother, who finds it difficult to travel outside her home. He applied for unemployment in March, realizing that there would be little opportunity to find work as the virus spread throughout the country.

When his first rejection came through for insufficient earnings in the base period, Howie wasn't surprised. But after Reeves stressed that pandemic relief was available, Howie received a second denial for the same reason, galling him.

"I'm 55 years old. I've worked in some form or fashion since I was 15. It's just not fair that people who try to do the right thing still get screwed," Howie said.

Congessman Thompson was troubled by Howie's story, saying the bill was not designed to means-test the kind of non-traditional employees and gig-economy workers who would qualify for pandemic assistance.

"That does not sound like the congressional intent," the congressman said, adding that "the threshold that I'm aware of does not say you had to meet a minimum number of dollars in order to qualify."

At an April 21 press conference in Jackson, Gov. Tate Reeves announced that "we have cleared the hurdles to make available the pandemic unemployment assistance program."

"That means that self-employed Mississippians, independent contractors, church employees, gig economy workers, and others who were not previously eligible, can now get assistance. It also specifically lays out benefits for people who are not able to work as a direct result of the COVID-19 crisis," he continued.

The CARES Act included stipulations particularly relevant to Mississippians, specifying that employees who quit their jobs as a result of COVID-19 would be eligible for unemployment. At a press conference on April 21, MDES spokesman Timothy Rush clarified the state agency's interpretation of that plank of the CARES Act, stating that employees who quit as a result of employers failing to provide adequate protection against exposure to COVID-19 would, in fact, be eligible for unemployment benefits.

"If you have previously filed, and you weren't eligible for the typical unemployment, you do not have to file again. Fill out your weekly certifications, and you will get notified if you are eligible for this special fund," Reeves explained.

But many freelancers and part-time workers have told the Jackson Free Press that they still have not received confirmation that they are eligible for any benefits, whether regular unemployment or pandemic relief. Mississippians seeking financial relief through unemployment payments, extraordinary or not, must have earned enough in the "base period," meaning the 12-month period preceding the most recent quarter.

'The Bleeding Has to Stop'

Gov. Reeves took to Twitter to highlight the dire state of unemployment in Mississippi earlier in April. "It's now a 14,000% increase in lost Mississippi jobs. Many more still can't get through because of the surge. This is insane—the bleeding has to stop. Lives depend on this as well. Please pray for wisdom as we consider all options. Our people can't take much more," he tweeted on April 16.

On April 24, Reeves downgraded the state from "shelter-at-home" to "safer at home," which keeps many nonessential businesses closed, although not retail, and maintains the ban on large gatherings.

But a massive collapse in demand continues to filter through the entire economy. A long moratorium on mass gatherings and long-distance travel will persist in even the rosiest of outcomes, health experts say.

"Social distancing will be with us through the summer to really ensure that we protect one another." Dr. Deborah Birx, White House coronavirus response coordinator, said on "Meet the Press" April 26.

Lauren's youngest son is enrolled in preschool, but she is keeping him out for the time being. "Even though his preschool is still open, and half the kids go now..." She hesitated, before admitting that it just felt safer to keep him at home.

For McCray, unemployment payments would mean an end to anxiety. "You don't know what to do; they don't tell you what the eligibility issue is. You're lost. You need to speak to someone to know the steps to take to get this issue solved. I just want to get ahead on my bills," she said.

Howie is grateful for what privilege affords him, confident he'll be able to keep a roof over his head and provide care for his mother as the crisis unfolds. But he worries that the current response is not enough to handle the enormity of the crisis.

"It's like you're bailing out an aircraft carrier with a styrofoam cup," Howie said.