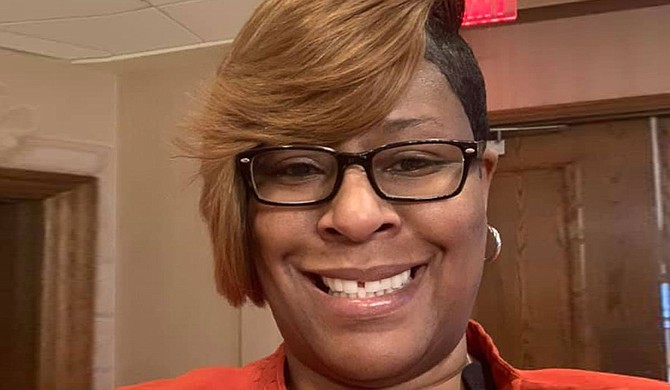 Penney Ainsworth, president and chief executive officer of Boys & Girls Club of Central Mississippi, has been with the organization for more than 24 years and has held her current position for seven years. Her primary job, Ainsworth says, is to ensure that all Boys & Girls Club employees receive the necessary training to assist young people in the region, as well as keep the students on track for graduation with post-secondary education plans. She also manages the organization's fundraising activities, as well as board and resource development.

Recently, Ainsworth has also been overseeing Boys & Girls Club's shift in activities and programs in response to the COVID-19 crisis. After the week of Spring Break in March, Boys & Girls Clubs temporarily closed its centers and suspended its usual programs. Instead, the organization began providing evening meals and snacks for vulnerable youth ages 5 to 18. The organization also converted its after-school food programs and Club sites into ‘Grab-N-Go’ community food service hubs that offer drive-through food pickup, with weekly educational activities included with each child’s food bag.

"When the COVID-19 chaos started right after Spring Break and school districts started closing, my first thought was 'How will my babies eat?'" Ainsworth says. "A lot of our kids get breakfast and lunch at school, and we give them dinner after 2 (p.m.), so without school in session my biggest fear was how they will get that food. Because of that, we quickly got the new feeding program started a week after the schools closed."

Boys & Girls Club of Central Mississippi has partnered with the City of Jackson and Meals on Wheels to provide more than 18,583 meals since the program started, Ainsworth says. Volunteers deliver lunches to the homes of any families who can't come to a Boys & Girls Club facility to pick them up.

The organization has also developed virtual plans for children to provide educational experiences while schools are closed and to allow the children to remain connected to Boys & Girls Club professionals until the facilities can reopen. Boys & Girls Club has both online and printed papers for its usual programs, including money management and physical fitness. Volunteers are also holding phone calls with any children who need help with their school work.

Ainsworth first got involved with Boys & Girls Club in 1996, when she began volunteering to assist teenagers with job placement in Norfolk in partnership with the local Housing Development Authority.

"I was born in what would be considered the projects," Ainsworth says. "Because of that, I've always had a passion for helping underprivileged kids. I wanted to be able to make a difference in the lives of young people and help them use school as a way to get out of the projects. Offering programs to keep kids off the streets serves as a beacon of hope for young people who were like I once was, who can't see beyond their own four blocks. They can learn that the sky is the limit."

Under normal conditions, Boys & Girls Club offers programs such as Passport to Manhood, which teaches young men about properly socializing both with each other and with women. The organization also has a College and Career Ready program, in which high school age children can spend a week visiting colleges in other states they are interested in while staying in four and five-star hotels.

"Letting the children stay in these fine hotels while visiting their college choices helps show them that they're worth the best and deserve this kind of life," Ainsworth says. "We allow children to feel positive relations with positive adults and expose them to opportunity."

Ainsworth and her husband, Michael Ainsworth, have been married for five years. Between them, they have nine children in their blended family. Outside of work, they love to travel and expand their worldviews by learning about other cultures.

The organization's tagline is “Great futures start here.” For more information on the Boys & Girls Club of Central Mississippi and its programs, call 601-969-7088 or visit bgccm.org.