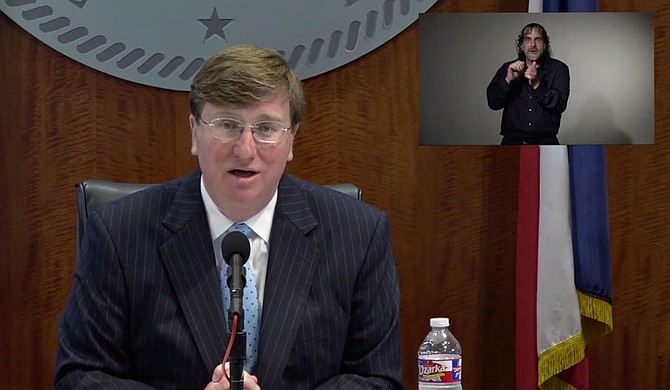 Two employees of the Mississippi Department of Corrections have tested positive for COVID-19, and a prisoner is awaiting the results of a test for the novel coronavirus, Gov. Tate Reeves said at a press event April 6. Photo courtesy State of Mississippi.

UPDATE: While the Mississippi State Department of Health has yet to release detailed racial demographic data on the COVID-19 crisis as of Tuesday, April 7, State Epidemiologist Dr. Paul Byers said at a press conference this afternoon that the virus was having a disproportionate impact on the state's African American population. "Right now we're looking at about 50%, maybe a little bit more of cases occurring in African-Americans. We're also seeing more than 50% of the deaths occurring in African Americans. This is troubling," Byers said. African Americans make up 38% of the state of Mississippi's population.

The employees who tested positive for the novel coronavirus were not “working at specific facilities,” the governor said, indicating they were likely not actively engaged corrections officers exposed to the general prison population. MDOC employs numerous support-staff employees to run the state’s prisons in addition to guards, including service employees and medical professionals.

The tested inmates reside at three separate correctional facilities. So far, it is unclear whether the newly released information on COVID-19 testing includes the state’s private prisons, including Tallahatchie County Correctional Facility, the CoreCivic-managed prison that accepted over 600 inmates from the Mississippi State Penitentiary at Parchman earlier this year.

State health and emergency-management officials joined Reeves at his Monday afternoon presser, where he assured Mississippians that COVID-19 treatment would not incur a financial cost to patients. The governor relayed a conversation he had with Vice President Mike Pence, saying that even uninsured Mississippians would be covered for their COVID-19 treatment and should seek all necessary care. 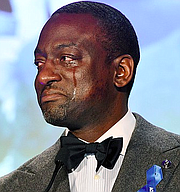 Mississippi leadership is still preparing for the “peak” of the COVID-19 curve: the period in which statewide usage of personal protective equipment (PPE), ICU beds, ventilators and qualified medical professionals will crest. Reeves told the press today that the most up-to-date estimate was April 18, but acknowledged that this date is changing daily.

An official from the Mississippi State Department of Health acknowledged today that Mississippi showed “early indications” of the same demographic trends in COVID-19 infection rates as other states: disproportionate impact on the state’s black population. Thus far, MSDH has not released demographic data on the spread of COVID-19.

In Louisiana, Gov. John Bel Edwards told media today that African Americans account for 70% of all COVID-19 deaths in the state, even as they represent only about a third of the population.