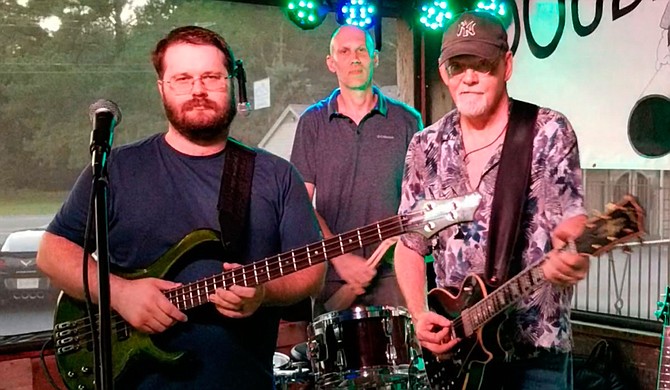 A veteran to the Jackson music scene, Sid Thompson has been strumming a guitar since the early 1960s. Born in Baytown, Texas, Thompson received his first guitar from his father at age 10, and by the time he reached 12, he was playing in a Beatles cover band called The Baytown Beatles. Members wore wigs and attire to mimic the original group, with Thompson adopting the role of John Lennon, and the band performed at kiddie shows and various venues around Houston and south Texas until Thompson moved to McComb, Miss., in 1965.

Bit by the music bug, Thompson wasted no time forming a new band that he played with throughout high school. At the time, Pike County had been dry. With no local bars around, Thompson’s band would cross the Louisiana state line every Saturday night to perform “in a honky-tonk over there,” he says.

After graduating from North Pike High School, Thompson enrolled in Copiah-Lincoln Community College and earned an associate’s degree in business. Even while working a number of different jobs around McComb, he still regularly participated in the local music scene.

After a personal tragedy, however, he soured on music for a time and returned to college, attending the University of Southern Mississippi, where he received a bachelor’s degree in geology.

Thompson then worked in the Texas oil-field industry for a while, earning two master’s degrees from the University of Texas at Arlington. He then moved to the Jackson area in 1997 to pursue a career in environmental consulting.

Music, however, always remained Thompson’s first love. “(Music) is so much fun. (In) geology, you get out and explore and collect rocks and fossils and stuff. That work can be tedious. Music is my release. It’s what I’ve done all my life,” he says.

In the Jackson area, Thompson leads a rock and blues party and cover band called DoubleShotz, known for performing two consecutive songs from each artist in the set. His bandmates have changed over the years, but DoubleShotz presently consists of Thompson on guitar, Tim Cotton on drums and David Harwell on bass guitar. All three contribute their vocals to the group. DoubleShotz has regularly performed at various local venues, special events, weddings and private parties.

Over the past six months, Thompson has had to develop a solo show, which has been met with a fair amount of success. “People are calling me who I’ve never tried to contact before,” he says. While he loves the camaraderie and spontaneity that comes with playing in a band, reality can sometimes impede that path.

The solo work has led Thompson to adopt a new stage name, Texissippi Sid. The moniker stems from Thompson having had lived in both Texas and Mississippi for about three decades apiece, which means DoubleShotz often plays both Texas music and southern rock in their sets.

As he perfected his craft, Thompson took inspiration from a number of guitarists, including Mark Knopfler, Eric Clapton and Jimmy Hendrix. “I’ve tried to learn the styles and licks exactly as my favorite guitar players,” he says. One of his earlier influences was Stevie Ray Vaughan. During the late 1980s when Thompson lived in Dallas, he would often see Vaughan in town. “I lived close to and shopped at the record store where he shopped. I learned to play a lot of Stevie Ray Vaughan licks.”

Thompson particularly enjoys when listeners recognize the attention to detail his band puts into emulating the original versions of the songs they play. “People come up to me and say, ‘Man, that was just like the record.’ That is what DoubleShotz is all about—playing songs you love the way you remember them,” he says.

Thompson and his wife, Lisa, have two children, John and Lauren, who both now live and work in Tennessee. Now that he has retired, Thompson contemplates moving to Tennessee in the future to be closer to his children and to try his hand at the music scene out there, playing both covers and originals.

For more information on Sid Thompson and DoubleShotz and future gigs, find the artist on Facebook.