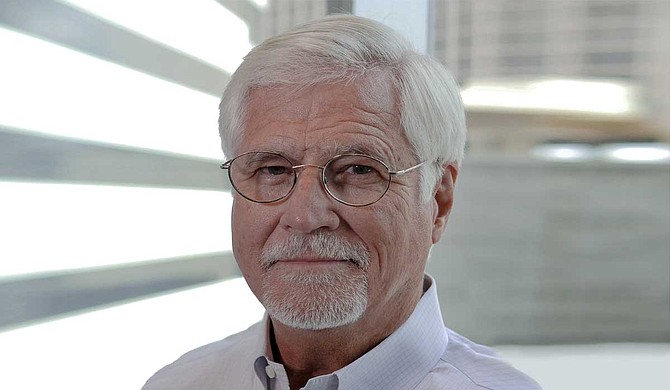 Author Philip Shirley, a resident of The Town of Lost Rabbit near Madison, says the inspiration for his most recent book, "The Graceland Conspiracy," first struck in the early 2000s, when he read Gail Brewer-Giorgio's "Is Elvis Alive?" and other books on conspiracies surrounding Elvis Presley. When he saw the famous photograph of Presley shaking hands with Richard Nixon at the White House soon after, Shirley says he began pondering the circumstances of Presley's death himself.

"The story goes that Elvis wanted to address a national drug problem, and that he wanted to become a U.S. marshal because he thought kids would listen to him," Shirley says. "After reading about his death, I started thinking, 'What if he did become a marshal working on the drug issue, and it somehow led to his death, and the government was involved?' That premise later became the initial scene for the book." 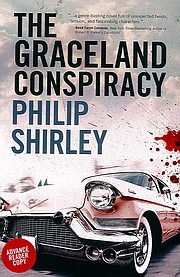 Shirley's book is set in 1999 and told from the point of view of a young man whose father dies under mysterious circumstances. After looking into it, he learns that his father was part of a government agency connected to Presley, and his search for answers leads to government agents pursuing him for knowing too much. Shirley, 66, initially began writing the book in 2003, but mostly put it away until 2010. He worked on the project off and on between other books until he finished it in 2017 and began working to publish it a year later.

"Even though I kept putting it down, I came back to it so many times because the idea intrigued me," Shirley says. "Elvis never thought of himself as a drug addict, and everything he took was prescriptions from physicians. Ideas would come along, but I didn't know how it ended. When it was time for new ideas I kept going back to the manuscript and all my questions I had in it, and I just kept coming back until I finally found those answers."

Shirley was born in Dothan, Ala., and graduated from Monroe County High School in Monroeville, Ala., before going on to the University of Alabama, where he received a bachelor's degree in American studies in 1975. He received a master's degree in the same subject from UA in 1977.

After graduating, Shirley worked as a speechwriter for the Alabama Humanities Foundation, which was then called the Alabama Community for the Humanities. He later worked as a public information officer for Birmingham-Southern College from 1981 to 1985. From 1985 to 1989, he worked for the advertising company Luckie in Birmingham, after which he moved to Jackson and became one of the owners of the Godwin Group advertising agency, where he currently serves as chief executive officer and executive chairman. He moved to Lost Rabbit in 2007.

Shirley's first book, a collection of poetry titled "Four Odd," came out in 1977. His next collection, "Endings," came out in 1982. Shirley's published his first fiction novel, "Don't You Cry," in 2008. His second novel, "The White Lie," which is set in Jackson, came out in 2014. Some of his other works include "Sweet Spot: 125 Years of Baseball and the Louisville Slugger" and "Oh Don't You Cry for Me."

"The Graceland Conspiracy" released on April 1, 2019, through Mindbridge Press. The book is available in print for $17.99 at Lemuria Books, Barnes and Noble in Madison and other local bookstores, and digitally on Amazon and Kindle.

Shirley is president of the board of the Alabama Writers' Forum and is on the board of governors for the Mississippi Economic Council. He was also the keynote speaker at the 10th anniversary conference of the Mississippi Writers' Guild in Natchez in 2016. He and his wife, painter Virginia Shirley, have been married for 37 years.