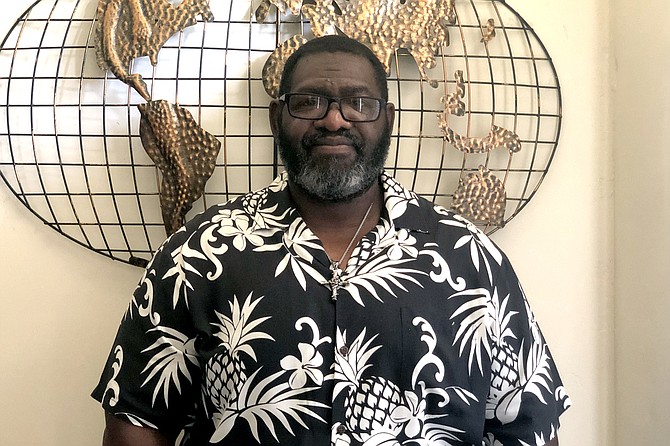 Kenneth Vance acknowledges the value of serving others. As an outreach worker for Grace House, a nonprofit organization that focuses on housing those in need, he is able to do just that.

"I want to be great," Vance says. "I read in the Bible that if a man wanted to be great, he should serve as many people as he can."

The 58-year-old Jackson native graduated in 1978 from Provine High School, where he met his future spouse, Sabrina. The two dated during high school but went their separate ways afterward, only to reconnect later in life and marry in 1983. The couple soon moved to California, where Sabrina had relatives, and they lived there for 12 years before moving back to Jackson in 1996.

Later on, Vance felt called to follow a career path that would lead to him to serve others.

"I understood that my life is about service," he says. "And I needed to be educated to serve in the best way."

After working several different jobs including a stint at Cowboy Maloney's, he decided at the age of 44 to go to college. He enrolled in Jackson State University, where he earned his bachelor's degree in social science in 2008 and his master's degree in guidance and counseling in 2011.

Since graduating, Vance has worked with a number of different agencies that provide services to those in need in the Jackson area, including Region IX Mental Health Services, the Billy Brumfield Shelter for Men, Partners to End Homelessness and Hinds Behavioral Health Services. These organizations serve those dealing with circumstances such as homelessness, mental illness and substance abuse. Vance began his current job at Grace House in December 2018.

The organization offers transitional and semi-permanent housing and support services, particularly to men and women suffering from HIV or AIDS, and women who have substance abuse addictions "so that these folks can live well and be well," Vance says. At present, the Grace House for Women houses 22 women in transitional and eight in secondary homes, the organization's website says.

The importance of having a place to live is critical, he says.

In addition to housing, Grace House provides other services to its clients such as teaching life skills, drug and alcohol counseling, transportation and help in obtaining other support services such as social-security or disability benefits, food stamps and Medicaid. As a nonprofit, the organization relies on donations and grants for funding.

Outside of work, Vance is active in his church, Cornerstone Church in Pearl, and engages in some walking and a little weight training.

"We're all getting old," he laughs.

"The grandkids are always doing things, playing soccer, football or baseball," he says. "My wife and I spend quite a bit of time with the children and family. Family is very, very important to us."

Kenneth and Sabrina Vance have five children, ranging from ages 15 and 40, and they have 10 grandchildren with one more on the way.

For more information about Grace House, its services and its community efforts, visit gracehousems.org or call 601-353-1038.