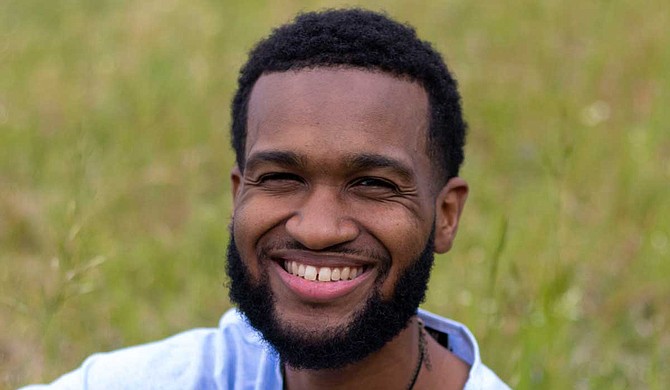 William H. Kelly III, known as Willy to some, has been drawn toward photography since an early age, as evidenced by baby photos he has seen of himself that show him holding a toy camera.

In middle school, he remembers owning a cheap digital camera that he carried with him everywhere.

"I just went around taking pictures of everybody, all of my friends and my different classmates and then uploading them to Myspace at the time," he says chuckling at the memory.

Kelly's first venture into the professional photography circuit began after his mother bought him his first camera when he was a junior in high school. His father helped him establish his own business, then called Visions by Willy.

Kelly attended Evan E. Worthing High School in Houston, Texas, where he was born and raised. While there, he was involved in sports, playing soccer, running cross-country and serving as a trainer and equipment manager for the girls' basketball team, but he also began to bring his budding multimedia skills to the table by managing the school's website, recording football games and taking photos for the school yearbook.

As he prepared for his college career, Kelly initially thought he wanted to pursue the field of biomedical science, but after a friend suggested he look into multimedia journalism, he elected to pursue the pathway, realizing he had already been engaging in and enjoying that type of work.

Kelly enrolled in Jackson State University following his 2014 high school graduation after visiting the campus on a trip that the JSU Alumni Chapter of Houston sponsored.

"When I got to campus it just felt like this is where I needed to be. I really fell in love with everything out here," Kelly says.

During his freshman year, he joined the JSU student newspaper, the Blue and White Flash, as a photographer and writer and also as the first freshman to serve as the editor-in-chief for the e-yearbook. He went on to become the associate editor and later the editor-in-chief of the Blue and White Flash, receiving a number of awards along the way for his writing and photography.

Additionally, he served as the director of photography for the Sonic Boom at JSU and interned as a reporter for the Jackson Free Press, for whom he know serves as a freelance photographer. Most recently, he was a member of a roundtable discussing the Civil Rights Photography Exhibit at JSU, which he helped set up by organizing the layout, managing the lighting and hanging the art.

In May, Kelly graduated from JSU with a bachelor's degree in multimedia journalism and a minor in art. He still runs his own photography company, now called Wonderful Kaptures.

Besides photography, Kelly discovered another passion during a trip to Sri Lanka in August 2017. The dean of the department of journalism and media studies recommended Kelly for a program that University of Mississippi held to visit the country. The university selected him to join a team that traveled there with the objective of documenting the region and culture for a magazine, website and photobook. He recalled observing how content the people there were despite having less material wealth.

"(The experience) really opened my eyes. ... It made me want to live my life more happily, with more love and more peace," he says.

Following his return to the United States, Kelly started looking into mental and spiritual health, and this February he began working at Soul Synergy Center in Flowood, where he practices the Japanese art of Reiki healing.