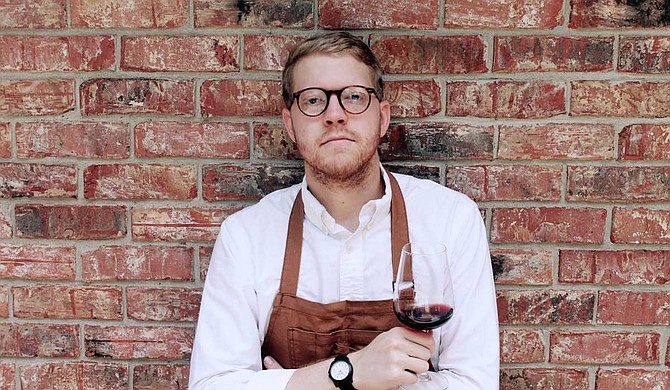 Hunter Evans, who has worked as chef de cuisine at Lou’s Full-Serv in Jackson since 2015, plans to open his own restaurant, Elvie’s, by winter 2019. The restaurant will be inside a remodeled house in the Belhaven Town Center, which is under construction in Jackson’s Belhaven neighborhood.

Elvie’s takes its name from Evans’ late grandmother, Elvie Good, who Evans said instilled a love of cooking in him when he was 8 years old.

“My grandmother lived in New Orleans and was a sweet, caring woman who loved being around her grandkids,” Evans says. “I fell in love with cooking watching her work in the kitchen and seeing the whole family gather around the table to enjoy it. I want Elvie’s to capture that French and New Orleans style of culture and cooking I grew up around from visiting her.”

Evans was born and grew up in Jackson. He graduated from Jackson Academy in 2008 and went on to the University of Mississippi, where he received a bachelor’s degree in hospitality management in 2012. He then moved to New York and enrolled at the Culinary Institute of America in Hyde Park. He received his associate’s degree in culinary arts in 2014 and spent a year working at North End Grill in New York City before moving back to Jackson in 2015 and becoming chef de cuisine at Lou’s Full-Serv.

In July 2019, Evans took part in the 16th-annual Great American Seafood Cook-Off in Louisiana, which Louisiana Seafood and the James Beard Foundation sponsored. Before the event, Evans competed against six other chefs in the regional Mississippi Seafood Cook-Off in May. His winning dish was stuffed redfish with crab meat crusted with baby squash cut into the shape of fish scales, served with Mississippi shrimp, crawfish and sauteed leeks with garlic puree and topped with Mississippi River caviar.

Evans says that starting a restaurant of his own is a dream he has held onto since he first started working in a kitchen.

“I’ve long had my own ideas about how I wanted to cook for people and take care of them, but you have to run your own restaurant for your cooking to truly be your own,” Evans says. “I’m excited to create a place with an atmosphere that’s unique to Jackson with an approachable menu that’s also fun and different.”

Elvie’s will be open Monday through Saturday. The restaurant will serve breakfast and brunch from 7 a.m. to 2 p.m., then close until 4 p.m. and reopen for dinner. The dinner menu will include small plate specials and a cocktail and wine bar.

“In Europe you see a lot of cafés where friends meet up throughout the day, and I want to model Elvie’s off of that,” Evans says. “It’ll be the kind of place where you can come in the morning for an espresso or come by at 11 for a salad. Then we’ll dim the lights at night and bring out the wine list and a menu that highlights Mississippi farmers and cuisine while still being rooted in the classics of French cafés, like omelets, shrimp cocktails, crab dishes and charcuterie and cheese.”