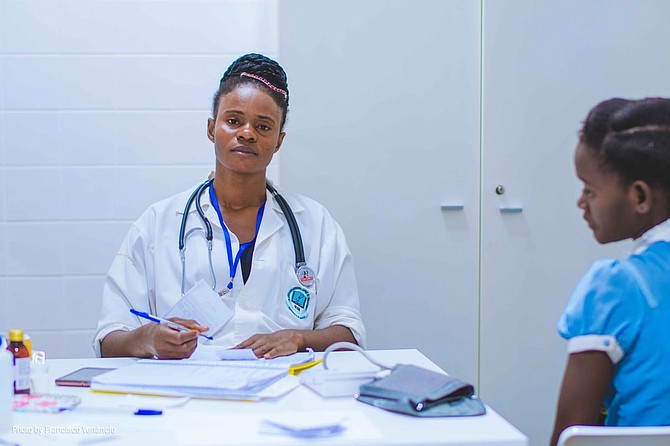 Students can make an appointment for free to see any of the health center's six physicians and three family nurse practitioners, who offer general care for common mental health issues such as anxiety, depression or attention deficit disorder.

Pannel works on Fridays as an employee in MSU's clinic, and Williamson sees patients Monday through Thursday. Right Track also provides private care to children, teens and adults at its new local clinic in Starkville at 100 Starr Ave., Suite A, near Oby's restaurant.

USM modeled the Golden Idea Competition, which offered a platform for student entrepreneurs to pitch their products or services to potential investors, off of the television show "Shark Tank," a release from the university says.

Thirty teams of up to four students initially submitted proposals for the competition. In their proposals, students discussed their products, what problems the products would solve, potential revenue and their target market. Students submitted the applications to a group who decided which 10 teams would advance to round two.

The top 10 teams next appeared before a panel of USM alumni and community members. Each team had two minutes to pitch their idea and three to five minutes for questions. The judges then decided the top three contestants. Live audience voting determined which teams took first, second and third places.

Bryant and Jackson's entry, "Pro Waiter," would allow for restaurants to temporarily staff waiters with a pool of screened and trained applicants in a manner similar to Uber, a release from USM says. The first-place prize was $1,000 in cash.

Natalie Rushing, a senior nursing major from Bogalusa, La., won second place and $500 for her proposal "Sugar and Spice," a specialty spice store.

The USM Collegiate Entrepreneurs' Organization, the College of Business and Economic development, the School of Management and the Center for Economic and Entrepreneurship Education sponsored the competition.

Jackson State University's College of Education and Human Development recently partnered with the Tom Joyner Foundation, a nonprofit that radio personality Tom Joyner founded in 1998 to provide scholarships and endowments for historically black colleges and universities, to assist the foundation's Teacher Quality Initiative in its mission to increase the number of STEM educators in high-need school districts in Mississippi.

As part of the partnership, the foundation will give 31 JSU graduate students with STEM backgrounds $250,000 in scholarship funding to pursue a Master of Arts in Teaching at the JSU. The foundation required the scholars to have a 3.0 grade point average and a bachelor's degree in science, technology, engineering or math, a release from JSU says.

Dr. Dennis Williams, coordinator of the Master of Arts in Teaching program, said in the release that a focus of the TQI is to produce educators with a range of teaching skills and help eliminate limitations for students looking to gain initial teacher certification. JSU and North Carolina A&T University are the only two HBCUs in the program, the release says.