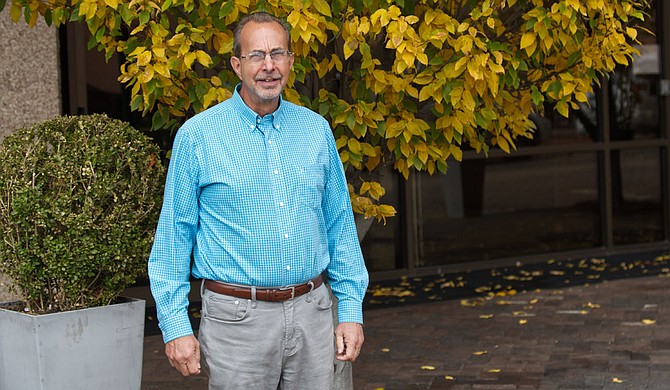 Michael "Mike" P. Cashion Sr., who has lived in Clinton for 23 years with his wife, Debbie, recently retired as the executive director of the Mississippi Hospitality and Restaurant Association after 21 years of service.

Born in Racine, Wis., Cashion enrolled in Coe College in Cedar Rapids, Iowa, but his studies were cut short following the death of his father and his mother's subsequent move to Florida. He moved to Florida as well and began his career in the restaurant business, which led him to Louisiana, then to Oklahoma and eventually Mississippi where he lived in Jackson, Columbus and Meridian before settling in Clinton when he married Debbie.

Although he points to an increase in membership over his tenure with the MHRA and the financial position in which he left, he is particularly proud of his legacy with the organization's  ProStart program. It is a nationwide high-school program that teaches students culinary techniques, management skills and other crafts related to the field with an industry-driven curriculum.

"It provides a lot of students pathways to careers," Cashion says. He notes that the program serves a conduit of trained potential employees for the restaurant industry. The program began in partnership with the Department of Education with just five pilot schools but is currently in 50 high schools in Mississippi.

Since his retirement, Cashion has spent time working on his golf game, but he is also intimately involved with the community as an alderman for the City of Clinton—serving his third term since being elected in 2009. "I never saw myself in that position," Cashion says of the alderman role. "It was not something that was gnawing at me to do."

But a number of people reached out to urge him to run. "I didn't want to do it, but my wife and I prayed about it for a long time, and ultimately I felt led to run," he said.

Cashion is active in Morrison Heights Baptist Church where he and his wife are co-owners of "Kids for Christ Performing Arts," a Christian-based dance and cheer studio.

"We try to do more than just teach dance. We try to spread God's word and God's love through that ministry," Cashion says. He is quick to add, "I don't teach dance, I don't dance."

The program is his wife's ministry, but he keeps the books and helps with the administration.

Cashion lives in the Easthaven subdivision of Clinton with his wife, a dog and two stray cats that seem to have adopted the couple. The couple have a large blended family of five children and 10 grandchildren.