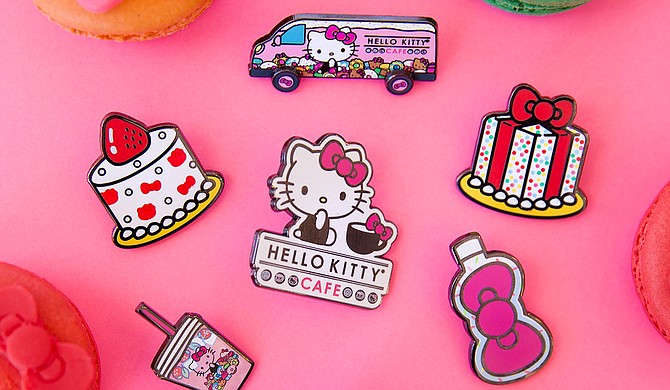 The Hello Kitty Cafe Truck, a traveling food truck that debuted in 2014, will come to the Jackson metro for the first time on Saturday, Nov. 23, from 10 a.m. to 8 p.m. at the Renaissance at Colony Park (1000 Highland Colony Pkwy., Ridgeland). The truck will park between Barnes & Noble and J. Crew.

For information on the truck and a schedule of other appearances, follow the Hello Kitty Cafe Truck on Facebook.

Fauna Foodworks, one of the restaurants at Cultivation Food Hall inside The District at Eastover (1200 Eastover Drive, Suite 125), will host "Supper with Chef Carla Hall and Chef Enrika Williams" on Friday, Nov. 22, at 5:30 p.m. at the Smith-Robertson Cultural Museum (528 Bloom St.).

The dinner is the first of a series that will feature chef Enrika Williams of Fauna Foodworks and chef Carla Hall. The menu for the dinner will consist of local recipes that appear in Hall's latest cookbook," Carla Hall's Soul Food: Everyday and Celebration."

Hall traveled across the South for 10 days to write her book, visiting locations such as Jackson, Charleston, S.C., Savannah, Ga., Birmingham, Ala., and Hall's hometown of Nashville, Tenn., to gather recipes, a release from Fauna Foodworks says.

Hall is a former co-host of ABC's lifestyle series "The Chew" and currently appears on ABC's "Strahan and Sara." She also competed on Bravo's "Top Chef" and "Top Chef: All Stars."

Williams, head chef and owner of Fauna Foodworks, is working to expand her restaurant by launching a new concept dinner series and offering consulting and private event catering, the release says.

Seating at the event is limited. Tickets are $125 each and are available through Eventbrite. For more information on the event, contact chef Enrika Williams at 404-512-8499.

The Community Foundation for Mississippi, a nonprofit that promotes philanthropy and community building in the state, launched the For Good Forever endowment grant challenge on Nov. 5. The campaign, which marks CFM's 25th Anniversary, will benefit five nonprofits over 12 months.

Each organization received grants in differing amounts out of a total of $600,000 from CFM for their endowment funds, and will have 12 months to raise matching amounts from donors and funders, Jane Alexander, president and chief executive officer of CFM, told the Jackson Free Press.

Participating organizations will organize their own sets of activities, including donor cultivation events in which they will discuss their projects before donors at the CFM offices (119 S. President St.) in Jackson, Alexander says.

CFM will also offer training, consultation services and capacity building support to the nonprofits, which includes helping the organizations build up infrastructure and hire and train additional staff.

For more information about the CFM endowment challenge or contributing to an endowment fund, visit formississippi.org.