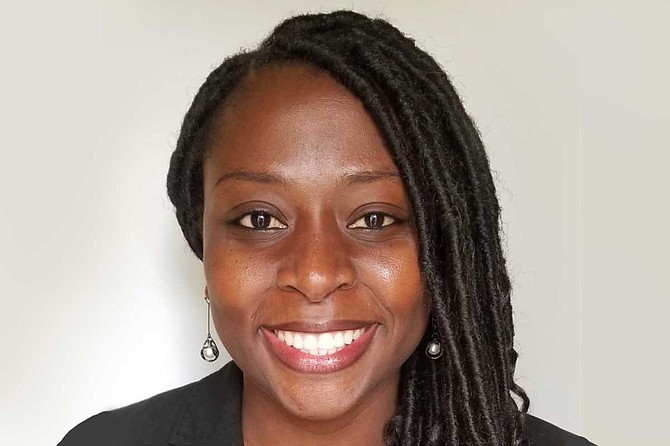 Olubusola Hall, a nurse at Batson Children's Hospital in Jackson, has been working to open her own pediatric clinic in her native country of Nigeria since 2016, when she had a chance encounter with an impoverished boy named Praise during her first visit to the country since she was 9 years old.

While visiting family in her hometown of Lagos, Hall says she saw Praise, who was 7 years old at the time, bathing outside in a small plastic bucket with trash all around it, but still smiling happily. The next day, Hall found the boy crying and learned he had cut his finger on a rusty can. After she treated him with a first aid kit, she asked him where his family usually went if someone was hurt, and learned they didn't go anywhere and only prayed.

Hall told the Jackson Free Press she later learned that the nearest pediatric clinic to Lagos was on Victoria Island, an affluent area where poor families like Praise's couldn't afford to seek care. Hearing that, she says, motivated her to purchase a plot of land near Lagos later that year with plans to build an affordable pediatric clinic there to improve life for children like Praise.

"They say making a change starts with you, and when I returned to the place I was born and saw the state of pediatric care there, I decided I wanted to make that come true," Hall told the Jackson Free Press. "There are so many children there who are so smart, but they don't have opportunities because they're poor. I know I have to do something to make a difference as someone who left there and came back to see their struggle. Pediatrics is what I know and how I can show them there's a better world out there."

Hall moved from Nigeria to Chicago with her parents, Johnson Osinowo and Titilayo Osinowo, and her two older brothers, Oluwaseun and Oluseyi, when she was 9 years old. Roughly three months after the move, her mother decided to return to Nigeria. Hall says her mother had planned to travel to and from the United States and Nigeria to be with family there, but was unable to obtain another visa after returning to Nigeria. Hall says her mother didn't manage to return to the U.S. until Hall was 21 years old.

Her father worked as a taxi driver in Chicago and was often away from home, and the apartment Hall and her brothers lived in had no heat or hot water. They also had little food and faced bullying over their accents at school. Oluwaseun moved to Jackson in 1995, and Hall soon decided to join him.

"My brother was like a mother and a father rolled up in one for me," Hall says. "When he left Chicago, it was like my parent left, and I asked to come to Jackson with him later that year."

Hall graduated from Wingfield High School in Jackson in 1999 and enrolled at Jackson State University that same year. She stayed at JSU for one year, but dropped out because she could not afford tuition and living expenses without scholarships, which her citizenship status prevented her from receiving.

"That experience helped hone me in on being a better mom," Hall says. "It meant I had to be more attentive, make sure my daughter got her daily medications, get her to appointments and see that she was cared for."

Shortly after Adewale was born, Hall says she noticed he was not as verbal as he should be, and later doctors diagnosed him with autism. When Adewale was 3 years old, he suffered a severe asthma attack, and Hall took him to the pediatric emergency department at UMMC for treatment.

"I felt that once my children were properly taken care of, enough was enough, and it was time for me to go back and finish what I started," Hall says. "My parents had instilled into me the importance of education when I was a child, and I had told my children the same thing, but I wasn't following that myself, and it was time for me to change that."

Hall enrolled at Hinds Community College in 2010 and graduated with an associate's degree in fine arts in 2012. She then went on to Mississippi College in Clinton, where she received a bachelor's degree in nursing in 2015. While enrolled at MC, she took a job as an emergency room technician at UMMC. After graduating, she became a registered emergency room nurse at Batson, which is a UMMC affiliate. Hall also enrolled in the nurse practitioner program at UMMC after her visit to Nigeria as part of her plans to open a clinic there.

Currently, Hall is working to convince the Nigerian government to provide additional funding for the clinic on top of what she is paying out of pocket for its construction. Halls plans to operate the 10-bed clinic seasonally during the summer with help from local and international volunteers.

"There are so many children like Praise in Nigeria doing things like selling chips on the side of the road when they should be in school," Hall says. "Often their parents are out there with them too, trying to make a better life even though so many people there earn less in a month than it takes to fill your gas tank here.

"My vision for this is not just to help them, but to hopefully get others like me who have left there and been back to see how things still are there to want to help as well. Lagos is home to me, it's where I came from, and it's where I always go whenever I go back. My hope is to get everyone to realize how much better it could be if we all did what we could to give back."