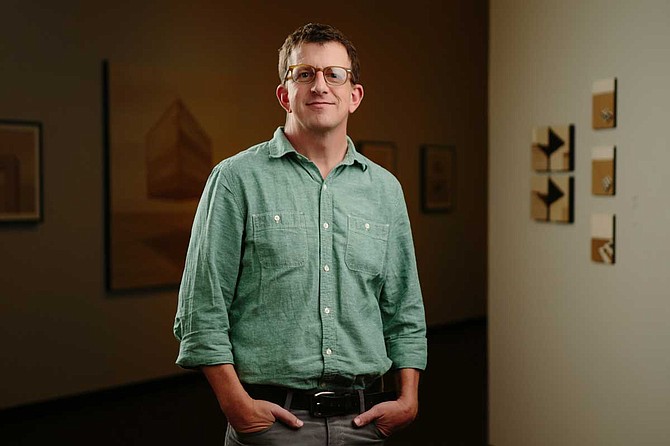 The Mississippi Museum of Art recently named Critz Campbell, an associate professor of sculpture at Mississippi State University, as the recipient of its 2019 Jane Crater Hiatt Artist Fellowship. The museum awarded Campbell a $20,000 grant and will display his artwork in its 2019 Mississippi Invitational exhibit, which will be on view from June 29 through Aug. 11.

Campbell, a native of West Point, Miss., specializes in creating landscapes from memory, he says, with a particular focus on cloud imagery.

"For me, thinking of clouds is a representation of both time and location," Campbell says. "However, it's not about a specific moment in time, but more how cloud imagery is the sort of thing every person has seen over time." 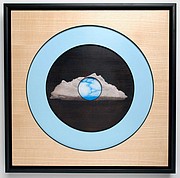 Both of his pieces in the invitational incorporate oil paint and a woodworking technique called marquetry, which involves piecing together small pieces of differently colored wood veneer to create an image.

Campbell graduated from West Point High School and then enrolled at the School of the Art Institute of Chicago, where he received a bachelor's degree in fine arts in 1990. He later entered the Core Fellowship Program for artists at Penland School of Craft in Bakersville, N.C., from 1994 to 1996. Campbell then enrolled at Parnham College in England, where he received a degree in furniture-making in 1999.

After graduating, Campbell returned to Chicago and opened a furniture-making studio called B9 Furniture in 1999. In 2005, he moved back to West Point with the intention of opening a second studio in Mississippi, but his plans changed when an opportunity to become a teacher arose.

The Jane Crater Hiatt Artist Fellowship also allots recipients two years total of travel time to conduct research in their field. Campbell plans to travel to France, Spain, New York City and Massachusetts to study the works of Anselm Kiefer, a contemporary German painter and sculptor living in France. Kiefer specializes in "monumental landscape painting," which involves incorporating materials such as lead, tar, straw, fabric and other items into a painting or mural.

"I first encountered Kiefer's work as an undergrad in Chicago, and I thought it was the most amazing thing I'd ever seen," Campbell says. "The scale and craft involved in his pieces fascinate me."