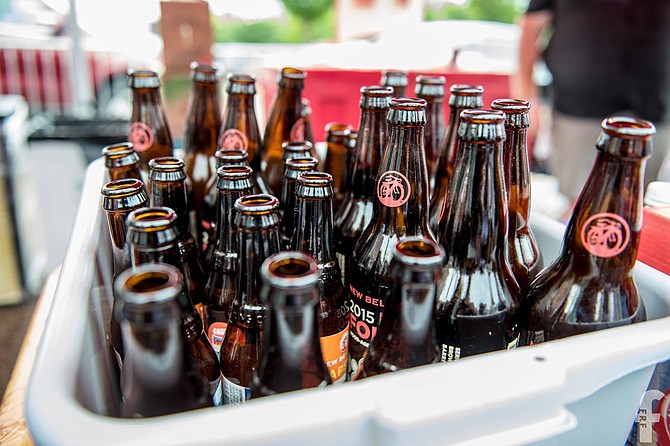 BankPlus in Jackson, the Fondren Renaissance Foundation and Visit Jackson are partnering to host the inaugural Mississippi Food and Wine event June 13-15 in Fondren.

Capital City Beverage Company and Southern Beverage Company's fifth-annual Mississippi Craft Beer Festival on Duling Avenue will serve as the anchor event for Mississippi Food and Wine on Friday. The event begins at 6 p.m. and will include samples of more than 100 craft beers from more than three dozen breweries across Mississippi and the South. The event is open to people ages 21 and up only. Children, babies, pets, coolers and chairs are prohibited.

Mississippi Food and Wine will also include four private chef dinners on Thursday and Friday at 7 p.m. at The Cedars (4145 Old Canton Road), Lou's Full-Serv (904B E. Fortification St.), Brent's Drugs (655 Duling Ave.) and Albert's at Parlor Market (115 W. Capitol St). Check online for availability, as some events are sold out.

On Saturday, the event will conclude with a "Grand Tasting" beginning at 6 p.m. on Duling Avenue, in which chefs from the previous nights' dinners will join with other chefs, distillers and brewers to provide dishes and drinks for guests to sample.

The exhibit is based around "Daniel Tiger's Neighborhood," a PBS program starring Daniel Tiger, son of the Daniel Striped Tiger character from "Mister Rogers' Neighborhood."

Monique Ealey, director of education and programs for the museum, told the Jackson Free Press that the exhibit is based around four main themes: imaginative play, communication and emotions, "making" (meaning making things), and neighborhood and community.

The exhibit includes stations that encourage children to use their imaginations by playing dress up with costumes of police officers, firemen, doctors and other professions, Ealey said.

Exhibit staff will also teach children how to verbalize their feelings and deal with them, including situations such as calming down when angry, singing or reading books, or expressing their feelings to someone else, she said.

"Making" stations in the exhibit involve STEM activities (science, technology, engineering and mathematics) such as learning about the inside of a clock and how it works.

Neighborhood and community stations include lessons on being helpful and kind, and showing appreciation for community workers and helpers, Ealey said. The exhibit also includes a "Thank You Tree," where children write notes to express gratitude to members of their community and hang the notes on the tree, and a "strategy wall," where children write on note cards about strategies for activities such as doing something nice for a neighbor once a week and then leave the cards on the wall for other children to use.

Other activities in the exhibit involve teaching independence, building social skills, sharing, learning about counting and the alphabet, and more.

Innovate Mississippi, which is a nonprofit economic-development organization, recently announced the launch of the Central Mississippi Angel Fund during the University of Mississippi Medical Center's second annual Health Innovation and Transformation Forum on May 21.

Innovate Mississippi is organizing the creation of the fund, which will begin with $1 million in capital and grow from there. Member investors in the fund will make all investment and other decisions. Members will also have the option to make individual investments in startup companies the fund supports, the release says.

The Central Mississippi Angel Fund will launch in fall 2019. Startup companies seeking funding can call Innovate Mississippi at 601-960-3610 for information about the fund and other entrepreneurial resources.

Correction: This story originally misstated that Innovate Mississippi and UMMC had partnered to create the Central Mississippi Angel Fund; the two entities are partnering specifically to seek out healthcare-related businesses for potential funding. We regret the error.