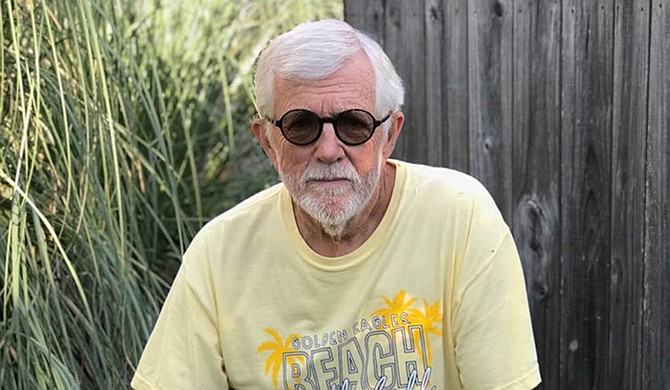 Hattiesburg resident and retired University of Southern Mississippi music professor Denny Behm is organizing a 300-mile bike ride to promote live-donor kidney transplants. The ride, which will take place from Sept. 2 to Sept. 7, will begin in Behm's native Iowa and end at the Hennepin County Medical Center in Minneapolis, where Behm donated a kidney to his longtime friend Rich Dean in 2006.

The ride is intended to both bring awareness to the life-saving potential of live-organ donations and to help another person, U.S. Navy veteran Barry Presley, who is in need of a kidney, a release from USM says.

Behm learned about Presley while visiting a website called "Kidney Stories" and launched a GoFundMe campaign to assist him and his family while he awaits a transplant, the release says. Presley has been on dialysis for the last five years while on a kidney donor waiting list. His wife, Marshina, previously donated a kidney to him, but the transplant failed.

Three of Behm's former students—Patrick Creel, Mary Elizabeth Wood and Ginger Lai—will join him on his ride to Minneapolis, as will Megan Wilkinson, the USM assistant director of the office of fraternity and sorority life. Lai's husband, Dan Kokoszka, will also ride and pull their 3-year-old daughter, Izxy, along with them in a bike trailer, the release says. Behm's brother, Chuck Behm, and Tony Arnone, professor of cello at the University of Iowa, will also accompany Behm. His support team will include his wife, retired USM librarian Kaylene Laughlin Behm.

Behm has welcomed any others who wish to join him to come along on the ride, and said the group will travel at "a rather modest pace," the release says.

Wilkinson, Behm and other members of the group have been training for the ride on the Longleaf Trace, a 40-plus-mile stretch of converted rail line that runs from Hattiesburg to Prentiss.

Jackson State University President William B. Bynum Jr. recently traveled to Los Angeles to meet with Earvin "Magic" Johnson, a retired former point guard for the Los Angeles Lakers and former president of the team's basketball operations, to celebrate the fifth anniversary of JSU's partnership with SodexoMAGIC, a food service for which Johnson serves as chairman and chief executive officer.

SodexoMAGIC is a joint venture between Johnson and Sodexo, a French food services and facilities management company headquartered in Paris, which launched in 2006. The business provides food management and catering services to JSU, including residential student meal plans, retail dining, a convenience store and franchise outlets for restaurants such as Chick-fil-A, Pizza Hut and Burger King on the JSU campus.

Since 2014, SodexoMAGIC has helped secure investments for renovations at Jackson State, including renovations to the Heritage Dining Hall this summer and the upcoming addition of a SubConnection—a sub sandwich restaurant that Sodexo operates on college campuses across the country—in fall 2019, a release from JSU says.

SodexoMAGIC also plans to introduce new menus at JSU that Gerry Garvin, an Atlanta native chef and author who ran his own cooking show titled "Turn Up the Heat with G. Garvin," will oversee, the release says. The menus will also come with a mobile app feature that will show daily menu items and wellness tips, and will include allergen-friendly meal programs for vegetarians and students with food allergies or other specialized dietary needs.

MSU's Division of Student Affairs also includes the G.V. "Sonny" Montgomery Center for America's Veterans, a facility in the campus' Nusz Hall that provides support for military-connected students at the university.

VIQTORY, a Pennsylvania-based military publication formerly known as Victory Media, named MSU as one of its top 10 military-friendly schools earlier this year. The Military Order of the Purple Heart also designated MSU as a "Purple Heart University" in 2015 for outstanding service to military veterans, service members, dependents and survivors, a release from MSU says.

For more on the Employer Support of the Guard and Reserve program, visit esgr.mil. For information on university services for veterans, active duty service members and dependents, visit veterans.msstate.edu.