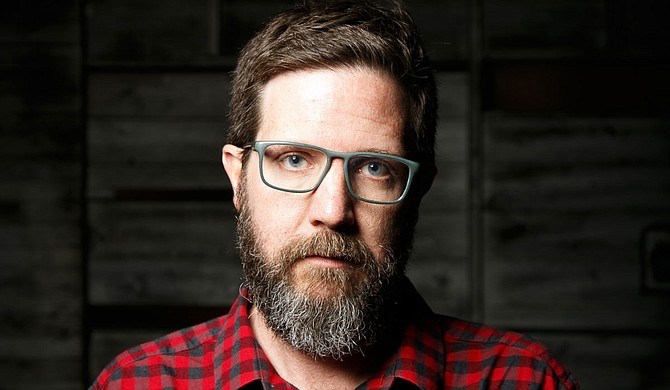 Jackson native Chandler Griffin owns and operates Barefoot Workshops and Blue Magnolia Films, both of which teach participants the skills needed for filmmaking and photography so that they can tell their own stories. Photo courtesy Austin Britt

"I've done everything from teaching Dalits how to tell stories to running a workshop in Malaysia with kids who are deaf but want to tell their stories," filmmaker Chandler Griffin says about his career to date. Dalits are members of a lower-caste group in India. "My work is based on always thinking how to make storytelling more accessible."

A fifth-generation Mississippian,  Griffin, 44, was born and raised in Jackson. He attended Jackson Preparatory School, graduating in 1994. He then attended the Savannah College of Art & Design where he graduated in 1998 with bachelor's degrees in photography and in video/film.

"I don't see myself as a filmmaker or a photographer. What I am really good at is creating spaces for people to come together and learn something. One of the coolest examples was supporting an 84-year-old  (Sylvia Jackson) to tell the story of a 100-year-old (Phalange J. Word) in Greenville." .Jackson interviewed and photographed Word for the story.

Chandler and his wife, Alison Fast, have two companies that teach documentary filmmaking and photography: Barefoot Workshops and Blue Magnolia Films. Barefoot Workshops, founded in 2004, is a tuition-based model and is meant for people who are serious about filmmaking and photography. In 2013 they created Blue Magnolia Films, which allowed them to "work with people who have no desire to be filmmakers or photographers, but have every desire to tell their community story."

They raise the money for these workshops themselves. "How do you democratize the process? You don't charge people, and we don't nominate the storytellers. The communities or organizations we are working with nominate them," Griffin says.

Most of Blue Magnolia's work has been in Mississippi.

Griffin's first realization of the power of storytelling was in Zimbabwe in 2000. He was there to help create a documentary on how HIV/AIDS had affected the country amid the chaos of that time.

"It is where I realized the importance of telling these kinds of stories using media and technologies for good. Trying to tell stories that really, really help people,"  Griffin explains.

Over the past 20 years, he has conducted more than 150 workshops (35 in the Mississippi Delta) in 24 countries, and lived in Los Angeles, New York and South Africa. But recently, almost all of his work has been in Mississippi.

Over the last couple of years, he and Fast have conducted workshops throughout Mississippi to teach people, organizations and communities how to tell their stories. He likes to warn: "Towns, you can't sell outsiders on your town unless the town is sold on itself."

Many camera-making companies have sponsored their work, but the Blue Magnolia workshops have been "boiled down to what happens if you just use your smartphone," Griffin says. "... Our 91-year-old dropped the iPhone a handful of times, but she took unbelievable photos."

"There's this idea, this kind of image, of who a photographer is and who is allowed to have ownership of these stories, and the reality is that we are in a place now with technology where everybody has a right to that process."

"I'm a Mississippian," Griffin says, "Pretty much everything I've learned in the last 20 years has been funneled into these storytelling projects where communities and organizations take ownership of how the story is told. I want to be part of helping people see us and helping us see ourselves."

Griffin married Fast, now his business partner, in 2006 soon after they ran a media-based workshop in South Africa, and they now reside in Los Angeles, but currently spend much of their time in Mississippi.