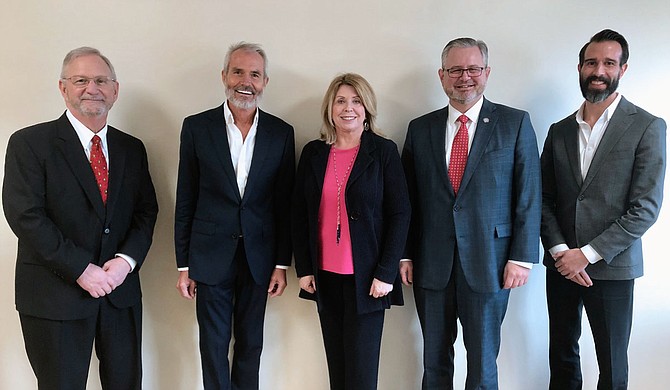 Neglect, not abuse, causes 75% of family separations in the nation's child-welfare system, and that neglect is often tied to poverty, Jerry Milner, acting commissioner of the U.S. Administration for Children and Families, said this week in Jackson. That means that prevention, rather than punishment, should be the focus of child-welfare efforts—a shift in priorities that requires an overhaul of the entire system.

Milner, addressing the Mississippi Community Education Center's Trauma Summit, spoke frankly about the system's failings, and shared his vision for "turning the whole child welfare system upside down." Viewing neglect—failure to provide adequate housing, nutrition, health care, supervision or well-being—as the basis for such a large percentage of punitive interventions underlines the need for course correction in the nation's child-welfare system, he explained.

"When we look deeply at the root causes of the problems that our families find themselves facing, more times than not, we can trace that back to the inability of families to meet the most fundamental needs of their children," Milner said.

A collection of child-welfare providers and experts joined the keynote speaker at last Thursday's summit to address the institutional challenges of trauma. The Mississippi Department of Child Protection Services' Chief of Staff Taylor Cheeseman illustrated the challenge with a Venn diagram.

"There is the trauma the system is created to address, the trauma our system inflicts ... and our own trauma," Cheeseman explained. "The more those three circles overlap, the more difficult your work is going to be, and the less likely you are to succeed."

'We Have to Talk About Race'

Trauma can also have a distinctly racial character, explained Juanita Sims Doty, whose namesake charitable foundation has worked in youth development in Mississippi for the last decade. "In most communities of color, public access (to services) is not prevalent," Doty said.

The sum effect of this widespread "social dehumanization" is a form of trauma that affects all the individuals in a community. Institutions unwilling to consider this aspect of trauma are incapable of addressing it. "We have to talk about race," Doty said. "If we don't, we have failed close to 40% of the citizens of Mississippi."

The tension between the types of trauma that child-welfare systems are intended to correct and those that they inevitably create was the centerpiece of the conference. Presently, that tension is reshaping child-welfare programs nationwide.

"Rather than offering families basic help," Milner admitted, "we fall back on what we're comfortable with—what my agency funds you to do, overwhelmingly—and that is to separate children from their families."

The language of "family separation," stark in an era of systematic detainment and incarceration of marginalized people, underscores the strategic shift pursued at the policy level, both nationally and here in Mississippi. Milner pointed to the Family First Prevention Services Act, Congress passed in early 2018. The act allows the use of Title IV-E funds for preventative services intended to allow "foster-care candidates" to stay with their families. Previously, funds of this designation were purely for providing foster care and related services.

Here in Mississippi, those interventions look something like Canopy Children's Solutions' in-CIRCLE program, a collection of in-house services intended to divert at-risk children from removal to foster care. The process begins with the North Carolina Family Assessment Scale, which considers certain domains in the family structure, seeking strengths and weaknesses. That ongoing assessment becomes the foundation for a parenting-skills training program and a process of psychological education.

Psychological education is key to understanding and addressing the trauma which is frequently the cause of the intervention in the first place, Canopy Senior Director of Solutions Christian Ware explained.

Joy Hogge, executive director of Families As Allies, cautioned that while restorative and preventative measures are a positive direction for policy, philosophical commitment to an ideal and the logistical ability to carry it out are two different things. Truly preventative measures are complex, and require enormous coordination and foresight. And the state's record with such coordination has been spotty, Hogge said.

"The most common call we'd get from foster families, up until the last two years, is that a child had been brought to them with significant mental-health needs, but they'd been given no information about the child or their needs," Hogge said.

Caution aside, Hogge remains positive about the future, acknowledging that the most severe problems she encountered with Mississippi's child-welfare system have meaningfully improved in recent years. Key to success, she says, is actually speaking with families, foster parents and the children in the system.

"Historically," she said, "there haven't been many attempts to find out what the families and the children actually want. So is it what these individuals need, or what we think they need?"