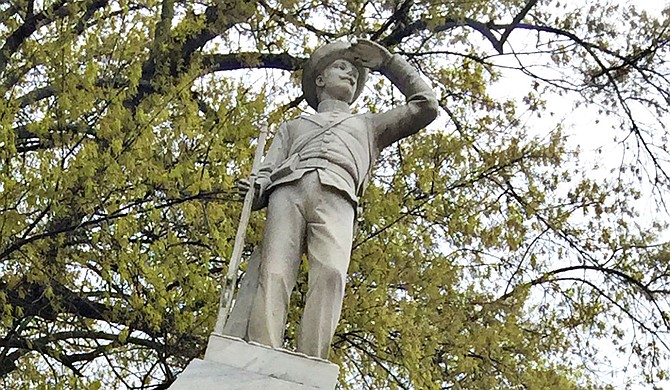 The University of Mississippi’s first black-woman Rhodes Scholar is calling for the removal of the Confederate status to the campus’ Confederate cemetery. She urges UM alumni to attend the vote on whether to move it on Friday, Dec. 6, at 10 a.m. at the William F. Winter Archives & History Building in Jackson. Photo by Donna Ladd. 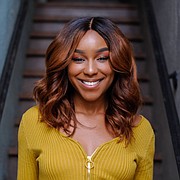 It still hasn't hit me. Ten years ago, if someone would have told me I would be the University of Mississippi's 27th Rhodes Scholar or their first black woman to receive the honor, I would have told them they had a better chance of winning the jackpot at one of Tunica's illusionary beacons of hope--a casino.

What has hit me, however, is the overwhelming amount of love I've received from my UM family. From hundreds of messages and social-media comments to congratulatory calls from distinguished alumni and the chancellor, I've never felt as supported or more a part of the UM community.

The opportunity to study at the University of Oxford as a Rhodes Scholar is a great accomplishment; however, December brings a much bigger opportunity for our beloved university and our great state of Mississippi. If we take advantage of it, all students and faculty, especially African Americans, will feel more welcomed and supported as pertinent members of the UM family and as citizens of Mississippi.

Nine months ago, five students and I sat in a small board room in the Croft Institute for International Studies and co-wrote a student-body resolution to have the Confederate statue relocated from the Circle, the heart of our campus, to the Confederate cemetery on the edge of campus. This resolution, which gained bipartisan support from many university constituent groups, passed unanimously among the Associated Student Body Senate on March 5. The resolution, and the student-led movements that accompanied it, was national news and ignited the process for the statue's relocation.

On Aug. 27, the university submitted relocation and reinstallation plans for the statue to the Mississippi Department of Archives and History for approval. These plans were initially scheduled to be reviewed and voted on at MDAH's October meeting. However, in a statement from the provost, the university community was informed that "with the complexity of the move, both the development and the review of the specs have taken longer than anticipated" and that MDAH is "on track" for voting on the plans at its December meeting.

This Friday, Dec. 6, at 10 a.m. at the William F. Winter Archives & History Building in Jackson, the Board of Trustees of the Department of Archives and History will finally meet to vote on UM's relocation plans for the Confederate monument.

To best support me, students like me and the future of the University of Mississippi, I am urging all members of the UM community--students, staff, faculty, alumni---to either attend this public meeting on Dec. 6 or call 601-576-6850 and demand that the board approves the university's plans to relocate the monument to the Confederate Cemetery.

The University of Mississippi is my home. Here, I have grown into the Rhodes Scholar I am today. I have a love for this place and the people in it. When you love something, you have to balance accepting it for what it is, while also challenging it to become the best that it can be.

The University of Mississippi has a rich history, and she has not always been on the right side of it. However, if we begin the work toward true racial reconciliation, she has the potential to live up to the namesake as Mississippi's flagship Institution and to set an example for the rest of the world. This work begins with the relocation of the Confederate statue, and it takes all of us to see it through.

Arielle Hudson, a senior at the University of Mississippi, is from Tunica, Miss. She studies secondary English education with endorsements in history and special education.