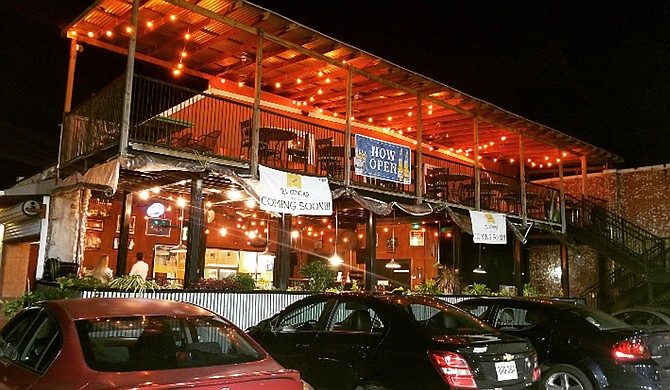 CORRECTION: A previous version of this story stated that the Mississippi Museum of Art would reinstall its permanent collection under the same title. The museum plans to change the collection's title before it reopens. We apologize for the error.

"I just want to invite everyone in Jackson to come on down and see for themselves what kind of great food we're putting together and the atmosphere we've set up here," Ali told the Jackson Free Press.

Ali moved to the United States from Ethiopia in 1995 and opened Aladdin in 2004. He and his family operate the Ali Family Restaurant Group, which also owns Jackson restaurants Kemistry Sports Bar and Hookah Lounge, Kebab & Curry and Wing Guys.

MMA's permanent collection originally went on display in 2007 as "The Mississippi Story." It contains more than 5,500 pieces dating from around 1865 to the present day, including paintings, prints, drawings, textiles, photographs, sculptures and multi-media works. Among the featured artists are famous Mississippi natives such as James Tooley Jr., George Ohr, Eudora Welty, Gwendolyn Ann Magee and William R. Hollingsworth, along with artists from outside the state such as Georgia O'Keeffe, Andy Warhol and James McNeil Whistler.

The museum de-installed its permanent collection to make space for its bicentennial exhibition, "Picturing Mississippi: Land of Plenty, Pain and Promise," which was on display from Dec. 9, 2017, until July 8, 2018. Stacy Clark, director of marketing for the museum, told the Jackson Free Press that the reinstalled permanent collection will have a new title, but that the new name hasn’t been decided upon yet.

The City of Jackson is partnering with local restaurants to educate business owners on the importance of keeping fats, oils and grease, or FOG, out of the city's sewer system. A release from Jackson Mayor Choke A. Lumumba's office states that those materials congeal as they move through the sewers and cause line blockages or sewer overflows.

Jackson's Fats, Oils, and Grease Control Program is part of the City's efforts to meet the requirements of a consent decree it made with the U.S. Environmental Protection Agency to reduce the volume and frequency of sewer overflows. The program aims to teach restaurant owners and the public about the best practices to keep fats, oils and grease out of the sewer system and enforce FOG management.

As part of the City's FOG control provisions, restaurant owners must install grease control devices such as traps or interceptors on their premises to collect all grease they generate. Grease traps go on dishwashers, sinks, floor drains and dumpster pads. Owners must empty the devices weekly or monthly as needed and give the collected grease to a licensed waste hauler for disposal.