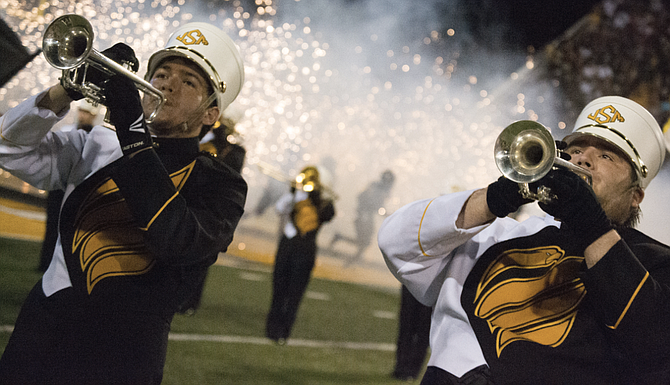 The National Science Foundation recently awarded $4 million to Jackson State University and eight other Mississippi higher-education institutions that are part of the Louis Stokes Mississippi Alliance for Minority Participation.

The LSMAMP is named in honor of the late Louis Stokes, who passed away on Aug. 18, 2015, at age 90. Stokes was a United States congressman who represented Ohio from 1969 to 1999, and served as chair of the House Intelligence Committee and the House Ethics Committee.

The LSMAMP works to help minority undergraduate students majoring in science, technology, engineering and mathematics (STEM) prepare for graduate school and their chosen fields. The program features research elements, workshops, peer-to-peer mentoring, tutoring and other activities. Full-time STEM majors at JSU become eligible after completing their first semester and must maintain a 3.0 or greater grade point average to remain in the program.

All-South Marching Band Day will begin with a rehearsal at USM's Pride Field at 1 p.m. and a second rehearsal in Bennett Auditorium at 3 p.m. The homecoming game will be at 6 p.m. at M.M. Roberts Stadium. Participating students will play alongside Pride of Mississippi in the stands during the game and will perform on the field during the halftime show at 7:45 p.m.

The Pride of Mississippi Marching Band started in 1920 as a 20-piece brass ensemble and has grown to include more than 300 musicians. The band has played at events such as President Franklin Delano Roosevelt's inaugural parade in 1933, the Macy's Thanksgiving Day Parade in 2010 and the Saint Patrick's Day Parade in Dublin, Ireland, in 2015.

The University of Mississippi Department of Theatre and Film recently announced the launch of the inaugural One-Minute Film Competition. The competition is free to enter and is open to high-school students, current and former UM students, and current faculty and staff.

The contest features separate high-school and university categories, and winners receive cash prizes and the opportunity to screen their films during the UM Film Festival, which takes place in UM's Fulton Chapel on Oct. 12 and Oct. 13.

Film entries must be under 60 seconds in length, including titles and credits, and can be narrative, documentary, experimental or promotional. All entries must have been completed after Jan. 1, 2018. UM is accepting submissions through Sept. 21.

For more information and a complete list of rules and submission guidelines, visit http://theatreandfilm.olemiss.edu/1mfilm.pdf or email Harrison Witt at [email protected].