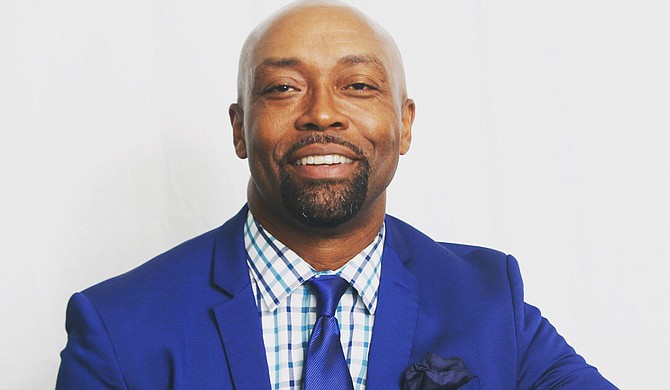 The Robert Wood Johnson Foundation, a New Jersey-based philanthropic organization that promotes advancements in health care, recently chose Rodney Washington, an associate professor of education at Jackson State University, as one of the participants in its Culture of Health Leaders Development Program.

"Part of (the selection process) for this program requires traveling to Washington, D.C., to give an interview on how you intend to be a leader in health equity," he says. "The goal is to work with other leaders to build a vision for a project you have in mind, then implement the project in your community.

"My vision centers (on) using data to drive programs for nonprofits in Jackson, particularly around early detection and screening for mental-health issues. I want to be able to move the needle on health equity for rural communities and create a unified movement to support families in need of mental-health services."

Washington, 47, was born in Lexington, Miss., and graduated from McClain High School. He attended Mississippi Valley State University and received a bachelor's degree in criminal justice with a minor in sociology in 1993. He then moved to Jackson to attend Jackson State University and received a master's degree in criminology and justice services in 1996.

After graduating from JSU, Washington took a job as a crime prevention manager for the mayor's juvenile justice youth initiative. Washington wrote programs and projects for institutions in the Jackson Public Schools district, which he says ended up helping more than 560 students across all education levels.

"Working on that youth initiative is what led me to become interested in becoming an educator," Washington says. "I started getting a grasp on the need for sound programming and the importance of interventions to reach young people. My experience with juvenile corrections helped me learn what happened when kids got in trouble, but I wanted to learn more about what was supposed to happen for them instead. I decided I wanted to learn more about the education system and how it could help those young people."

The Culture of Health Leaders Development Program's website states that participants receive a $20,000 annual stipend, professional coaching, networking opportunities and access to an advanced leadership curriculum. Washington says the program will also include coursework on diversity, equity and inclusion, as well as discussions among members on what a community health leader should be.

"I joined this program because I am always looking for ways to improve," he says. "Even as an adult I can still use the kind of support, training, networking and development opportunities it provides that are hard to get as a professional. Young people look up to me for support, and I also need support of my own from the people I work with."