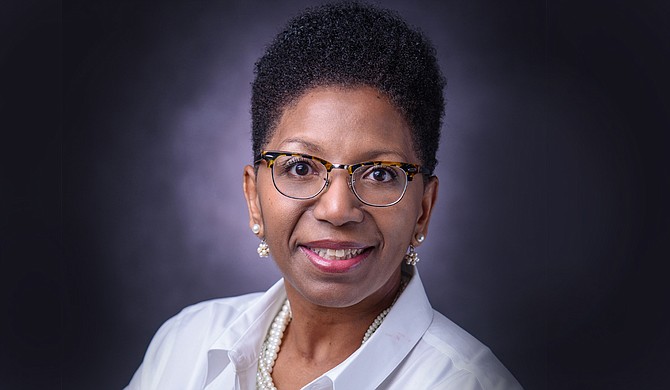 Women's Foundation of Mississippi, a grant-making and advocacy organization that supports programs for women and girls in the state, celebrated its 2018 "Women of Vision" honorees and grantees with a celebration on Monday, Oct. 15. The organization selected four women for the honor, including Willie Jones, president and chief executive officer of Dependable Source Corp. of MS.

"I was excited when Women's Foundation of Mississippi selected me as one of the individuals they bring in for ('Women of Vision') because I've long been a huge fan of the work they do," she said. "I love both their diverse leadership, their transparency and the innovative nature of their work. It's an honor that they want to spotlight the work we do in our community here at Dependable Source."

Jones launched Dependable Source, a staffing firm that hires commercial truck drivers for both full-time and part-time work in Mississippi, in 1995. The business also has a health-care division, Dependable Source Home Health, which staffs positions for in-home care for seniors and people with disabilities.

"What we do is different from anything else in the area," Jones told the Jackson Free Press. "We work mainly with manufacturers and distributors in Mississippi to secure work for drivers. We're proud of being able to put Mississippians to work and offer good jobs with great benefits that our state can be proud of."

Jones was born in Bassfield, Miss., and graduated from Bassfield High School before going on to the now-closed Draughon's Business College in Jackson, where she received a certificate of business administration in 1984. She later received an associate's degree in accounting from Santa Monica College in Santa Monica, Calif., and a bachelor's degree in public management from Millsaps College in 2010.

She moved to Los Angeles while attending Santa Monica College, and it was there that Jones met her husband, Harold Tyree Jones. The couple married in 1992, after which they decided move back to Mississippi. Willie Jones then took a job with Mississippi-based transportation company MCH Transportation. However, after three years, she said that she was dissatisfied with the job and decided to resign.

"At the time, I was working such crazy hours, which wasn't great for a newlywed," Jones said. "However, after I left that job, the idea of leasing truck drivers came to me as a potential business for Mississippi. No one here or in neighboring states was doing anything like that, and after doing some research I found that there was a market and a need for truck drivers here. I wanted to put my skills and talents I had developed while working for MCH to use in creating something that was my own, and I decided to start Dependable Source that same year."

In 2010, Jones decided to launch Dependable Source's in-home care branch after speaking with a number of acquaintances about the need for more quality health providers for seniors in the Mississippi. Jones said she also saw a home-health-care business as a good opportunity to employ more women in the state.

"Our focus from the beginning with Dependable Source Home Health has been on being an advocate for seniors and people with disabilities in Mississippi rather than just providing a service," Jones said. "We look at their individual needs and also reach out to other resources in the area they need to help connect them. Our staff helps them with things like housekeeping, cooking, getting dressed, activity assistance and other parts of daily living."

She and her husband have been married for 25 years. They have two children, Tiffany Hathorn and Tyree Jones, and five grandchildren.