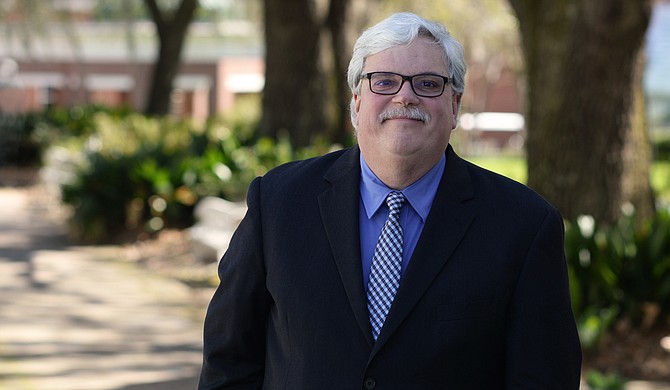 "My plans are to draw out the potential of each department in terms of excellent teaching, student recruitment, learning experience for our students and providing them with the resources they need to succeed in academic work," Smith said. "Each department contributes to a sense of well-being on campus, whether it comes from promoting health, enriching our lives and reflecting creativity through the arts, or teaching the importance of ethics, integrity and doing good work in business."

Smith, 65, was born in Stoneham, Mass., and graduated from North Reading High School before going on to receive a bachelor's degree in civil engineering at Tufts University in Medford, Mass., in 1974.

After college, he worked as a civil engineer for a company called CH2M Hill until he decided to begin theological training in 1977. He enrolled at Gordon-Conwell Theological Seminary in South Hamilton, Mass., and received a Master of Divinity degree in 1979.

While attending Claremont, Smith began working for World Vision International, a Christian relief and development agency, in 1984. He worked as the director of strategic innovation for the organization's mission division, which meant researching international ministry and how to minister in more creative ways in places such as urban neighborhoods. The work eventually led Smith to enter the mental-health field.

"As I was doing international work, I discovered that there was a stigma against mental-health problems," he said. "It was something that couldn't be talked about, and people were left feeling isolated because it wasn't considered a major health priority in the United States or around the world. It was after I traveled to Croatia to help people who had been traumatized by a war there in the '90s that I truly saw how great the need was to make people aware of the significance of mental-health problems like depression."

Smith left World Vision International in 1991 and enrolled at the University of Massachusetts Boston, where he received a doctorate in clinical psychology in 1997. He operated a private clinical psychology practice in Lexington, Mass., until 2014, when he accepted a job as the founding director of Belhaven University's newly created Institute for International Care and Council. His duties as director involved mobilizing churches and community organizations to meet the needs of people with mental-health problems.

He also served as the first cross-cultural and international track leader for the Christian Association of Psychological Studies, and co-authored a book titled "Global Mental Health and the Church" (LIT Verlag, 2017, $29.95).

Smith and his wife, Belhaven nursing professor Amy Rex Smith, have been married for 44 years. Their son, Nathan Smith, is currently enrolled in a doctoral program in psychiatric epidemiology at the University of Florida.