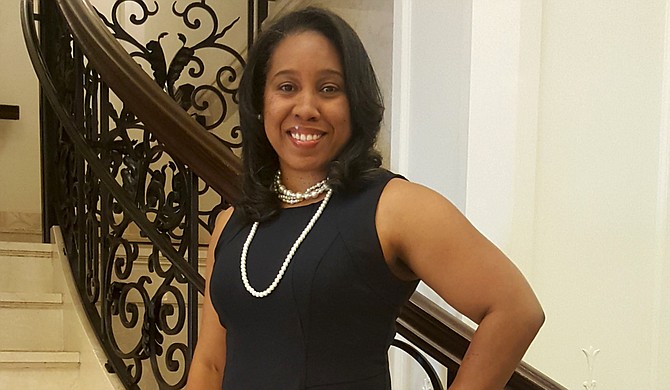 The Jackson State University National Alumni Association selected Yolanda Owens, who served as the association's president until June 30 this year, as the 2018 Alumnus of the Year during its annual council meeting on Sept. 22.

The association provides support to the university through fundraising, student recruitment, public relations and membership drives, Owens told the Jackson Free Press. She has been a member since 1998 and served as president from 2014 to 2018. Owens is also a member of the JSUNAA board.

During her time as president, Owens helped the organization receive 501c3 nonprofit status from the Internal Revenue Service, meaning that donations are tax exempt and that donors also receive tax credits for what they give. She also secured close to $800,000 in endowments from JSU alumni chapters and published an alumni directory in 2015 in collaboration with the university's Department of Alumni and Constituency Relations.

"Jackson State University is a wonderful institution with a rich history that has done a fantastic job of educating African American students since 1877," Owens says. "It is the fourth-largest university in Mississippi and the fifth-largest historically black college or university in the country, and our graduates go on to do great things in their chosen fields.

"I've worked hard as president to communicate with alumni about the needs of the university and help them maintain a strong connection to JSU because it is so important for us to support the university to ensure it can keep providing that quality education for Mississippi."

Owens was born in Hattiesburg and moved with her family to Athens, Ga., when she in the 11th grade. She graduated from Cedar Shoals High School and then went to JSU, her parents' alma mater. She graduated with a bachelor's degree in mathematics in 1997.

After graduating, Owens took a job as a civil engineer for Jacobs Engineering in Atlanta. She remained there until 2018, when she became a contract administrator for the Kinder Morgan pipeline company. She currently serves as senior contract administrator for the company's Southeast region office, where she is responsible for managing vendor contracts for pipeline and facilities construction.

Owens served as president of JSUNAA's Metro Atlanta chapter from 2005 to 2009 and was named as the Metro Atlanta Alumnus of the Year in 2006 and 2010. She is also a member of the Stone Mountain-Lithonia Alumnae Chapter of Delta Sigma Theta Sorority, Inc., which she joined while attending JSU, and served on its executive board from 2009 to 2015. The sorority granted her its Fortitude Award, which Owens says goes to members who perform additional community service outside the sorority, in 2016. Owens is also a member of Toastmasters International, an educational nonprofit that promotes communication, public speaking and leadership skills.

"I have been involved with the NAACP in some capacity for most of my life and feel strongly connected to it," Owens says. "I became involved because of its commitment to making sure that people of color have more opportunities and don't receive less than quality treatment nationwide. I want to be able to be a watcher to make sure injustices don't happen to people of color across the nation, both as a member of the NAACP and the JSU alumni association."