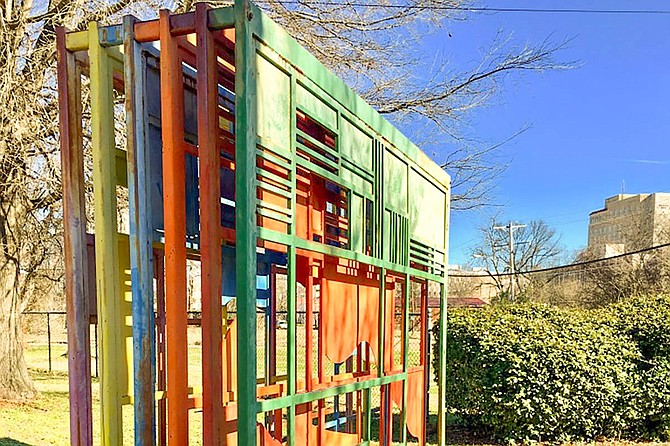 The plaque tells the story of "Farish Quilt," which artist Linda Trobaugh created for the park's opening in February 1986. Trobaugh also did design work for the children's gallery at the previous location of the Mississippi Museum of Art.

The Board of Trustees of State Institutions of Higher Learning named Nora Miller as the Mississippi University for Women's acting president on Thursday, March 22. Miller, the senior vice president for administration and chief financial officer at the university, will formally assume her new position on July 1.

In her current position, Miller is responsible for the financial and business management of the university, and related support services. She also serves as the legislative liaison for the campus with state leaders and legislators. Miller previously served as MUW's vice president for finance and administration for 11 years. She is a member of the university's Alumni Association, and in the past, served as treasurer for its Alumnae Association and Ecumenical Council.

Over the course of her career, Miller has also served as the director of budget and financial analysis, and the director of internal audit for the Mississippi Institutions of Higher Learning; director of accounting for Central Alabama Community College; senior auditing accountant for Potter, Bryant & Tate in Birmingham, Ala.; and as supervising senior auditing accountant for the Colleges and Universities Division of the Mississippi State Auditor's Office.

She is also chair of the University Press of Mississippi and has been on the Board of Directors of the Southern Association of College and University Business Officers.

University of Mississippi Medical Center recently announced a new collaboration between its Children's of Mississippi organization and Memorial Hospital at Gulfport to enhance medical care for Gulf Coast children.

The collaboration includes the planned acquisition of four of six Memorial Hospital pediatric clinics and a management arrangement for the neonatal intensive care unit at Memorial.

As part of the collaboration, the staff will remain the same at the Gulf Coast pediatric clinics in Bay St. Louis, Biloxi, Orange Grove and Gulfport. Children's of Mississippi, an umbrella organization that includes Batson Children's Hospital and all UMMC pediatric care, will begin making changes to branding, specialized care and other areas on March 26.

Additionally, UMMC will take over staffing of Memorial's pediatric hospitalist service, which involves in-house physicians who focus exclusively on hospitalized patients. After the hospital discharges patients, they go back to receiving care from their referring or primary care physician.

UMMC began managing the Memorial NICU, the Mississippi Gulf Coast's only Level III unit, in January 2018. The facility offers around-the-clock care to newborns with special needs and has 11 semi-private rooms with 23 beds. Children's of Mississippi operates the state's only Level IV NICU, located in Jackson.