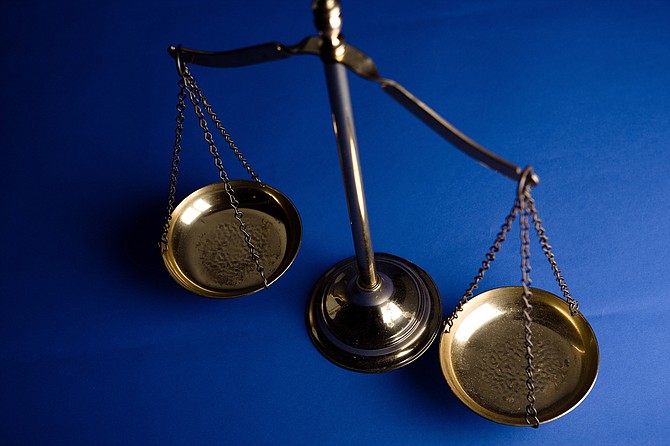 All residents of Jackson should call for justice in Harper's case. He needs mental-health and drug treatment, not criminalization. File Photo

What has been left out of JPD's narrative is how Harper came into contact with officers. The department's version appears simplistic and straightforward because it leaves out important factors such as Harper's mental-health struggles, homelessness and drug addiction.

A Popeye's restaurant employee said that Harper, who is homeless, often came into the Terry Road location and asked for food. On that day, his behavior seemed unusually out of character. Harper said he has been diagnosed with bipolar schizophrenia and because he has been homeless and jobless for some time, he has been unable to receive services to help manage his mental illness. He has used illicit drugs as a way to self-medicate. The combination of mental illness and drug use altered his behavior on the day in question. The JPD officer who entered the restaurant should've de-escalated the situation. Instead, he exacerbated it.

When the officer entered Popeye's, a contentious verbal exchange between him and Harper ensued. The confrontation resulted in Harper fleeing the restaurant. If he fled, why did the officer chase him and call for back up? JPD officers cornered him near the Sunshine Food Mart on Terry Road. As he was running, he grabbed his phone, which was in a holster on his waist to keep it from falling to the ground. Officers then opened fire in broad daylight, recklessly placing people and property in the direct line of gunfire. Luckily, no one was hurt.

In a Jackson City Council Government Operations Committee meeting on March 6, JPD brought a copy of General Order 600-10, which addresses officer's use of deadly force. This particular order hasn't been revised since 2004. The document is vague and says that officers can use deadly force when pursuing a fleeing felon who presents an imminent threat of death or serious bodily harm to the officer or any other person. This gives officers broad discretion on when to use force and too much unchecked power. Harper was not a fleeing felon. JPD should not have used deadly force against him. At best, Harper's behavior disturbed the peace—a misdemeanor offense. The situation's quick escalation should be unnerving.

The lack of clear guidance on when officers should use deadly force is unacceptable. Subsequently, Harper had a warrant issued for his arrest, and law enforcement classified him as armed and dangerous. He was apprehended and charged with attempted aggravated assault against an officer and detained in the Raymond Detention Center on a $25,000 bond that he has not been able to pay because he is poor.

Harper said sheriff's deputies and inmates assaulted him while at RDC. Inmates also stabbed him during another assault. As a result, one of his lungs was punctured. Although he has been moved to the Jackson Detention Center, he is still not receiving adequate medical attention. He has reported throwing up and urinating blood. He has suffered all of these consequences because JPD decided to deal with a mental-health crisis as a criminal matter.

All residents of Jackson should call for justice in Harper's case. He needs mental-health and drug treatment, not criminalization. JPD must establish a concrete use-of-force policy. The officers involved in the shooting should be fired for recklessly endangering his life and the public. The department should release its policy on how it addresses mental-health crises. If a Crisis Intervention Team exists within JPD, such info should be made widely available to the public. The city of Jackson must allot more funds in the City's budget to address the growing mental-health and drug-addiction crises in Jackson from economic, social and political maladies, as evidenced by the expanding decay in the city.

Adofo Minka is a human defense lawyer who lives in west Jackson.