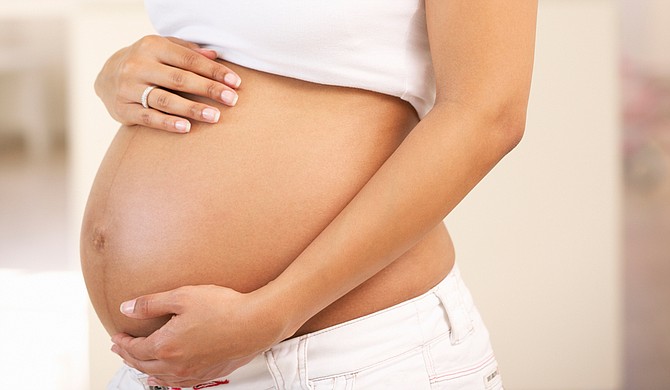 The Centers for Disease Control reports that Mississippi had the highest rate of unintended pregnancies in the country at 62 percent in 2010. And while that number has likely decreased some since then, unintended pregnancy rates are higher in low-income women and women of color.

If only Mississippi lawmakers cared about low-income women and women of color as much as they do about unborn fetuses. Predominately white and male legislators voted to send a 15-week abortion ban to Gov. Phil Bryant's desk last week in the name of "protecting life" of both the mother and the unborn child.

"Women with unintended pregnancies that are continued to term are more likely to receive inadequate or delayed prenatal care and have poorer health outcomes such as infant low birth weight, infant mortality, and maternal mortality and morbidity," the study published in the American Journal of Obstetrics & Gynecology says.

The black infant mortality rate in Mississippi is 70 percent higher than it is for white infants. Couple these statistics with a lack of access to health care and inadequate sex education. Mississippi only allows school districts to teach abstinence-only or abstinence-plus sex education. Abstinence-only curriculum, by state law, cannot have "any demonstration of how condoms or other contraceptives are applied." Abstinence-plus sex education can include discussions of contraceptives as long as that discussion includes the "risks and failure rates."

The Department of Health, which offers family-planning services, was forced to close two-thirds of its regional offices in 2017 in Batesville, Greenwood, Starkville, Meridian, McComb and Hattiesburg due to budget cuts by lawmakers. The lack of education, contraceptive availability (or affordability), health care and stringent abortion laws lead to a state with not only a high rate of unintended pregnancies but also a laundry list of adverse health outcomes for black women. They deserve better.

Democratic women in the Senate and House tried to add amendments to help women pay for child care if they aren't allowed to get an abortion. White Republicans rejected that and an exception for rape and incest. Constituents need to hold lawmakers accountable who are more interested in scoring political points than they are about ensuring women, especially black women, are protected.