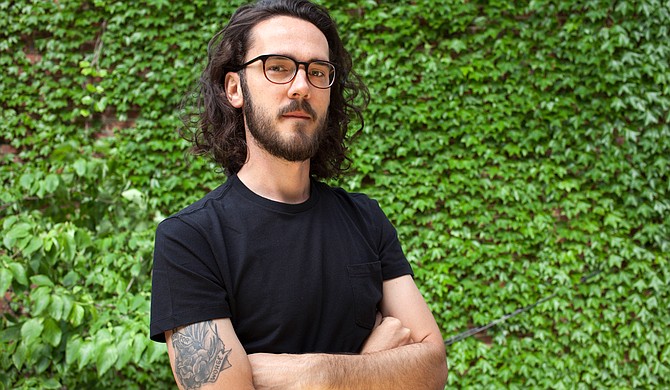 The path to author Caleb Johnson's much-praised debut novel, "Treeborne" (Picador, 2018, $26), was a winding one. For starters, the idea for the book initially spurred not from the titular family of peach farmers but rather from the fruit that they grow.

At first, Johnson planned on writing a work of historical fiction focused on the expeditions of Spanish explorer Hernando de Soto, whom some historians believe introduced the peach to the American South via the Silk Road, a Chinese trading route.

Upon learning about the connection between the conquistador and southern peaches, Johnson says he thought about how, growing up, his family would travel from their small hometown of Arley, Ala., to get baskets of Chilton County's famed peaches each summer.

"You'd just really anticipate these growing up in Alabama where I did, and Chilton County peaches—and the peach, period—seemed as Alabama to me as, you know, college football," he says. "To learn it was this foreign fruit that had come all the way from China, across the European continent, eventually to America on a ship, was just fascinating and surprising to me."

As he developed a fictional retelling of de Soto's time in the South, though, Johnson says he felt like he wasn't the kind of person who could do the necessary research for it. Still, he couldn't give up on the mythology of the peach.

"I realized, 'Well, since I'm writing fiction, I don't really have to be at the whim of history. I can turn to myth and mythology. I can make this story and these obsessions I have with the story the obsessions of a fictional town and characters,'" he says.

Once he decided on a direction, he started to create the setting, Elberta, which shares the name of an actual place in Alabama but bears little resemblance to its real-world counterpart.

Then, he began to find the characters that inhabit the world, such as Janie Treeborne, who becomes the caretaker of her family land, and Lee Malone, an African American orchardist with close ties to the Treeborne's mother, Maybelle.

"As I was writing this, and when I was younger, I would read author interviews, and when authors would talk about the characters as if they were sentient beings of some kind, I'd always kind of bristle at that," he says. "But the more you spend time with a novel and the more you do this, they kind of do become real like that."

Ultimately, the novel itself grew into something more than he anticipated, spanning multiple decades, generations and points of view.

While the characters are fictional, Johnson, who now lives in Philadelphia, says he took great care in representing the voice of his home region, as it isn't one that readers normally find in literature. He attributes this to the fact that there is an amount of privilege to even having time to write a book, let alone getting it published.

"A lot of people back home, they don't get that chance," he says. "I knew that if I had that chance, then I wanted to amplify those voices that I grew up around, not just out of a sense of—like, I don't want to sound like I'm trying to do them a favor or be benevolent, but because I think they are original, beautiful voices."