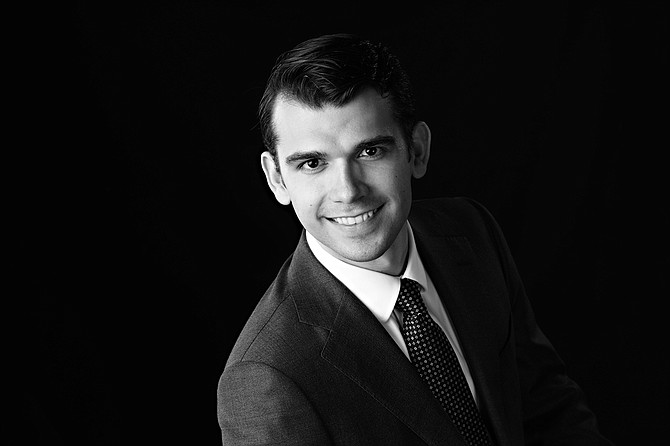 Noah Barbieri, a senior at Millsaps College, became a Rhodes Scholar in November 2017 and received a full scholarship along with travel expenses to attend the University of Oxford in England for graduate studies.

The Rhodes Trust, an international charity established in honor of British mining magnate and politician Cecil J. Rhodes, grants scholarships to 32 students in the United States each year, in addition to students from many other countries. Barbieri is the second Millsaps student in the past three years to be named a Rhodes Scholar and the seventh in the college's history.

Barbieri, 22, is from Belden, Miss., and attended Tupelo Christian Preparatory School. He moved to Jackson to attend Millsaps in 2014, and is currently majoring in economics and philosophy with a minor in math.

"I didn't plan on living in Jackson at first, but I went there because I felt that Millsaps would be the college that would have the biggest impact on me," Barbieri says. "After I got involved in the community here by working as a classroom assistant at Brown Elementary School (in my freshman year), I began to see how many problems the state is going through and how many people are suffering in different ways. I study inequality in both economical and historical terms, and looking back at history, you can still see a lot of the consequences of slavery (and segregation) still present in the form of limited opportunities in education and wealth available here. I've lived trying to alleviate suffering as much as possible, and I thought I could use my skill set in Jackson to make a difference."

Barbieri is set to graduate in May 2018 and plans to use his Rhodes Scholarship to pursue a master's degree in economics at Oxford, after which he intends to obtain a doctorate in economics from the Massachusetts Institute of Technology in Cambridge.

He was also one of 62 students nationwide that the Truman Foundation named as Truman Scholars in April 2017. The Truman Foundation, named in honor of the late President Harry S. Truman, grants scholarships to college juniors who dedicate their lives to public service. The foundation honored Barbieri for his work as a classroom assistant at Brown and for his research on inequality.

In his time at Millsaps, he served as student body senator in his freshman and sophomore years, treasurer in his junior year, and he is currently student body president. In his current role, Barbieri oversees the 19 other individuals who make up the student senate, gives presentations to the Millsaps Board of Trustees, and serves as a liaison between students and administrators.

"My passion is helping Mississippi and all its residents, and I want to use my skills to run for office and help find practical, holistic solutions to the many things our state is so far behind on," he says. "We're facing problems like brain drain, where large numbers of people leave our state after graduating, and it's not just one or two issues that cause that. Solving problems like that is something we can get to if we can boost wages, the education level and the amount of jobs available, and there are plenty of ways to go about that."