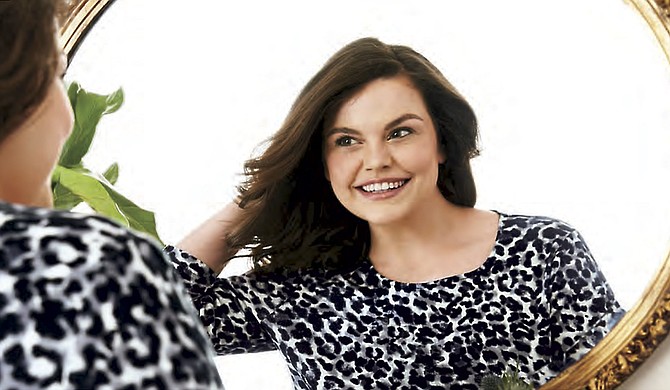 Crystal Spurlin, a resident of Pontotoc, Miss., is representing Mississippi in a campaign that cosmetics company Avon launched on Aug. 21.

The company, which is headquartered in New York, is a beauty company that offers makeup, skin-care products, health and wellness products, fragrances, fashion, accessories and more, with brands such as ANEW, Avon Color, mark., and Skin So Soft. The campaign Spurlin is participating in, "Campaign 19—The Real Avon," is an edition of the company's bi-weekly product brochure, and is the first to exclusively feature Avon representatives as models. Spurlin is one of 21 people participating in the campaign and will represent the company's new "Espira" line of health and wellness products, which features metabolism boosters, hunger blockers, protein shakes and cosmetic items to protect hair, skin and nails from the sun.

"Avon went with all representatives for this campaign because we already know all about, use and love these products, so why not model them as well?" Spurlin said. "For me, though, this means more than just the products. I've had a passion for makeup since I was young, and I feel like being with Avon has been my calling ever since I met an Avon lady for the first time at my family's restaurant."

Spurlin, 29, was born in Pontotoc and graduated from South Pontotoc High School. Her family has owned and operated Hwy 41 Fish and Steak House in Pontotoc for four generations since the restaurant first opened in 1970. Spurlin and her brother, Dustin Terry, work in the restaurant, which Spurlin's father, Chuck Terry, along with her aunt, Tammy Aamarripa, owns. Spurlin and her husband, Michael Spurlin, have been married since 2009.

Avon representative Shirley Sewell first visited the family restaurant when Spurlin was 19, and left Avon books and brochures when she visited that Spurlin says she loved to look at.

"One day when she was visiting in 2012, (Sewell) asked me why I didn't try selling Avon products myself," she said. "I decided to join the team that same year and started sharing Avon's books with customers in the restaurant while I waited their tables. My family also let me host Avon parties in our dining area. I wanted to do whatever I could to share the love and help other women feel like I did about these products, and it made me feel like I was on the right path."

Today, Spurlin is a Bronze Leader within Avon, which means she manages a team of representatives that includes more than 130 people. Avon also named her to its Rose Circle, a designation for representatives who sell $35,000 a year, in 2017 and 2018.

In October 2017, Spurlin organized a fundraiser on behalf of Le Bonheur Children's Hospital in Memphis, Tenn., in which she petitioned local businesses in Pontotoc to sponsor a plush lion Avon produced named Roy. At the end of the campaign, Spurlin delivered 400 of the plush lions to children in the hospital. She is also planning a Christmas fashion show and toy drive for Le Bonheur that will launch in November 2018.