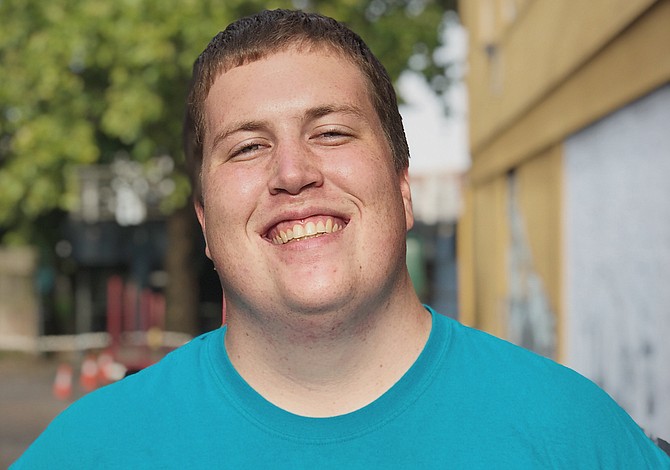 Reuben Antvelink's love of community and bringing people together that led him to work as a youth director at First Presbyterian Church of Madison and the tour manager at Lucky Town Brewing Company in Jackson.

Antvelink, 26, was born in Hopkins, Mich., and graduated from Hopkins Public School before attending Kuyper College in Grand Rapids, Mich., where he received a dual-major bachelor's degree in interdisciplinary studies and Bible theology in 2014.   After graduating from Kuyper, he moved to Jackson and applied for a master's program at Reformed Theological Seminary in Jackson. He is will receive his master's degree in theology from the program in May 2019.

Antvelink decided to move here after finishing college to experience an unfamiliar city and a culture, he says. While he didn't know what to expect from Jackson or Mississippi at first, life in the capital city turned out to be better than anything he could have hoped for, he says.

"Jackson is full of people from all walks of life and belief systems coming together to support each other," he says. They support local mom-and-pop shops, they invite you to come to their music shows, to come and see art that they've made. It's what I think a society should be, supporting each other like that. Jackson has a soul that a lot of other cities don't seem to have."

He became the youth director at First Presbyterian Church of Madison (7717 Old Canton Road., Madison) after a friend named Seth Duhs vacated the position to become a pastor in Natchez, Miss., in January 2016.

Antvelink then became a tour manager for Lucky Town in September 2015. In that position, he shows visitors how Lucky Town makes its beer and tells the brewery's story, he says. He also works as a bartender, assists in canning, kegging and packaging the beer, and represents Lucky Town at off-site events.

"When I was living in Grand Rapids during college, I saw a lot of locally based breweries around and saw how they positively affected their communities," Antvelink said.

"Those breweries often don't have a lot of money to start off, so they go into industrial parks or forgotten parts of cities to set up and bring life and revitalization into those areas."

Lucky Town did not open in midtown for the sake of an easy-to-find building, he says. "They wanted to invest in the community," he says. "... Representing Lucky Town both inside the brewery and in restaurants and other places where it's served has become something I'm glad to do every day when I'm out and about."