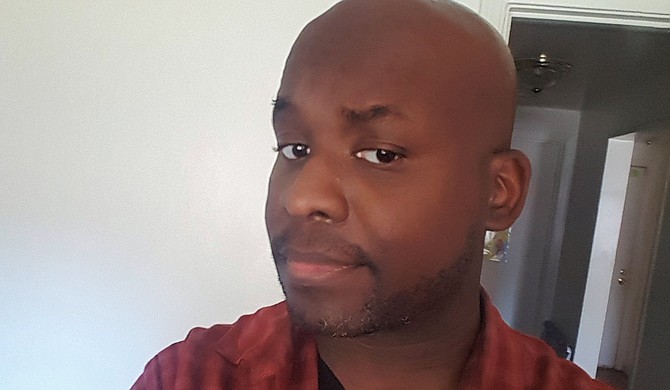 Josh Abrams, a former Jackson resident who has been living in California since 2008, is returning to Jackson for the premiere of his animated movie, "Josh's Journal."

The film is based on Abram's web series of the same name, which he released on YouTube. "Josh's Journal" uses puppetry and stop-motion animation with characters made from foam and felt. The series is based on his experiences in high school, with some episodes based on real events and others featuring what Abrams describes as exaggerated "bold and extraordinary adventures."

For example, the first episode, "First Day of School," involves the protagonist having a terrible day, only to find out that it keeps repeating, like in the film "Groundhog Day," Abrams says.

"Other episodes are based on things like me going to my driving test with my dad or getting my first part-time job, and then, you have episodes where the protagonist is at a birthday party, and keeps jumping forward in time to another birthday and aging every time he blows out the candles," he says. 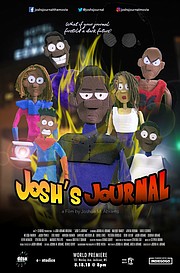 Abrams, 38, grew up in Edwards, Miss., and graduated from Raymond High School in 1998. He then attended Mississippi State University, where he received a bachelor's degree in drawing in 2005. He moved to Jackson after graduating.

"Josh's Journal" grew out of what was originally Abrams' second senior thesis project at MSU. He failed his first thesis project and had to repeat a semester, at which point a professor suggested he focus on film because he had expressed a love for the subject.

"I've always felt a passion for film ever since I was small, and I wanted to make cartoons even though I didn't know how to animate," Abrams said. "I bought a video camera and would film action figures to make little shorts for my brother, Jason, that I called 'Hype Force.' I also drew comic strips as a predecessor to 'Josh's Journal' as an outlet to make fun of myself and make myself laugh, which helped with self-esteem problems I had. My teachers and some people I worked with at school saw those videos and encouraged me to follow my interest by creating characters of my own."

Abrams dedicated his senior project to his father, Andy Abrams, who had passed away in 2003. Titled "Father Tales," it featured animated stories about himself and his father. Instead of using clay for his stop-motion animation, which Abrams said he thought was too heavy and stiff, he decided to make the figures for his film using pipe cleaners as the frame, foam for skin and felt for clothes.

After graduating in 2005, Abrams worked as a manager at Cinemark Tinseltown USA in Pearl. While working there, he met Jackson Free Press contributor Ken Stiggers, who was working for the City of Jackson's Public, Education and Government Network on channel 18. Abrams showed Stiggers his "Josh's Journal" series, and Stiggers helped Abrams turn it into an animated series that began broadcasting on the PEG network and online in 2006. In 2008, Abrams worked as a substitute teacher at high schools in Jackson Public Schools. He later moved to Freemont, Calif., in December 2008, and later moved to Sacramento in May 2009.

In Sacramento, Abrams began volunteering for E+ Studios, a part of DDSO-Employment Plus, which gives training to adults with intellectual delays and development disabilities. He showed the "Josh's Journal" animated series to DDSO Program Director Dennis Curry, in 2010. In 2015, Abrams came up with the idea to make a full-length movie based on his web series and took it to E+ Studios, which agreed to provide equipment for filming. He began writing the script that year. Abrams began holding auditions for voice actors in December 2015 and recording in February 2016, and started the animation in April. "The Josh's Journal" movie finished production in May 2017, and Abrams held a soft premier for the film in Sacramento in March 2018.

"The premise of the movie revolves around a young man who is just starting college when he meets (a teenager) from the future who wants his help to save the future from an evil tyrant," Abrams said. "I decided to make Jackson the setting for the movie, both because the city doesn't have any animated movies about it, and because it has a bad reputation as being backwards and behind on everything. I want to show that Jackson isn't like that and hopefully teach some life lessons to local teenagers, which is why the story is about the future."

The premier of "Josh's Journal" will be at 8 p.m., Saturday, Aug. 18, at Offbeat (151 Wesley Ave.). Admission to the event is free. During the premier, Abrams will also collect donations to renovate an abandoned building near the Boys and Girls Club in Jackson to turn it into a center to help local youth, which will be called the "Andy Abrams House" in honor of his father.