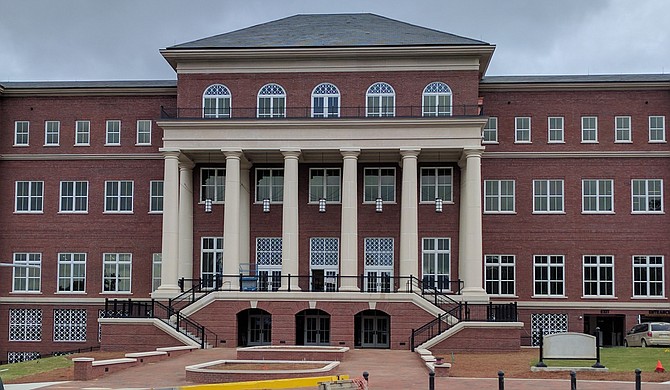 The college established the new position this year after it received two donations of $500,000 each—one from Millsaps alumnus Joe Sanderson and wife Kathy Sanderson, and one from the Phil Hardin Foundation, a nonprofit that supports educational programs in Mississippi.

Smith is the daughter of Millsaps philosophy and religious studies professor Steven Smith and art history professor Elise Smith. As part of her new position on the Millsaps faculty, the younger Smith will teach a course this fall called "The Art of the South: Literature, Film and Music."

Smith earned her bachelor's degree in history and film studies from Mount Holyoke College in South Hadley, Mass., a master's degree in creative writing from Bennington College in Vermont, and a doctorate in United States history from the University of North Carolina at Chapel Hill.

She has written two award-winning novels, "The Story of Land and Sea" and "Free Men," as well as her historical nonfiction book, "We Have Raised All of You: Motherhood in the South, 1750-1835." HarperCollins Publishers will release her third novel in 2020.

To be eligible for the program, service members must be full-time undergraduate students in good standing with their unit and cannot be within a year of their expiration of term of service, a press release from MSU states.

For more information on MSU's services for service members, veterans and their dependents, visit veterans.msstate.edu.

The University of Southern Mississippi recently announced that its USM Foundation endowment reached $100 million in fiscal year 2018. More than 3,900 donors gave more than $21.3 million total over the course of the year to hit the milestone.

In the same fiscal year, USM used $7.6 million from the endowment to support various programs, That amount also includes $3.9 million in funding for more than 2,200 scholarships.

One of the largest donors, the Luckyday Foundation of Ridgeland, gave $8.7 million toward the endowment to support the Luckyday Scholars Program, which funds scholarships for Mississippi high-school seniors who demonstrate leadership skills and are involved in their communities.

The foundation is named after the late Frank R. Day, former chairman of the board and chief executive officer of Trustmark National Bank. Luckyday has contributed $35.7 million to USM since the foundation began in 2001.

USM also received an anonymous gift of $1 million to establish a Presidential Fund for Excellence to support priority needs of the university.