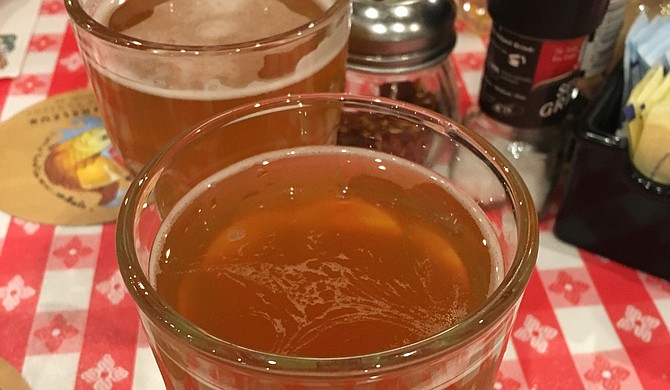 As anyone who struggles to remember important dates can tell you, calendars can be pretty nifty.

The problem comes when the  number of calendars supersedes the ease of using those calendars. Personally, I'm nearly at maximum capacity.

Our office has a series of calendars for upcoming deadlines and employee  vacations. My wife and I have a shared  calendar for everything from movie release dates to family get-togethers. Even social-media services have calendars, which are typically so full of invites that just looking over them stresses me out. Facebook event invitations are basically the new Facebook game invitations.

I am sure that I am not alone in this boat. So when your simple system is already overly complex, why would I ask you to  further complicate things? Well, because our community could really use it.

Over the past month or so, I have taken over the task of curating the Jackson Free Press' online calendar and editing the event listings for printed issues. It is a pretty daunting assignment, to be frank. It has also bizarrely become one of the more rewarding parts of my job.

For one thing, there is the fact that I get to play a role in helping thousands of readers around the Jackson metro area  connect with each other and with their community as a whole. For another,  admittedly less important thing, there are typically several times a week now when I put something on the calendar that makes me go, "Dang. Our city is cool."

Working at the Jackson Free Press,  everyone sort of becomes a representative for the whole publication. Pretty frequently, someone I only know in passing will say, "So that story was pretty crazy, huh?" Often, that will be apropos of nothing so I flat-out have no idea which story they're referring to, and just as often, they'll be referring to a story that I did not write.

However, the most common thing for people to ask me is, "What's going on this week?" Since taking on the events calendar, that question somehow seems a lot harder to tackle than talking about a story I didn't write and don't know the name of. My go-to, completely honest response has become, "Well, everything."

Throughout the year, there are quite a few "top billing" events. In this issue alone, we have the Mississippi Book  Festival, Lyle Lovett and His Large Band at Thalia Mara Hall, and Bright Lights  Belhaven Nights that immediately come to mind for me, and I'm sure you have your own. But when I am tunneling through mountains of emails and event submissions, the things that make me most proud to live and work in the Jackson metro area are from local people just showing out.

Many readers will be familiar with at least a few of the cool monthly happenings in Jackson, such as the Mississippi Museum of Art's "Museum After Hours" and  Fondren After 5, but once you've done a deep dive into the JFP events calendar, you will realize those are the tip of a particularly awesome iceberg.

There are ongoing, weekly speaker series, including "History Is Lunch" or "Friday Forum," featuring experts on a range of topics from civil rights to city development. Nary a week passes without Lemuria Books hosting a handful of local and touring  authors, which can be a rare occurrence in plenty of other cities around the country.

Most months, OurGlass Media Group presents a new installment of the "Country Cousinz Concert Series," which hooks up Jackson hip-hop artists with other regional up-and-comers. For the science enthusiasts among us, the Mississippi Museum of Natural Science hosts a monthly lecture series to teach visitors about some of the state's most unique wildlife and flora.

You may be well acquainted with local arts organizations like the Mississippi Opera, the Mississippi Symphony Orchestra and New Stage Theatre. However, the JFP calendar might let you in on something that is new to you or that you haven't checked out just yet, whether it's Hearth & Mantel Theatre or the Mississippi Community Symphonic Band or Fondren Theatre Workshop.

Again, though, those are just a few examples of what you can find in Jackson. It is next to impossible to spread the word about every single interesting  activity going on here in any  given week, but we are sure trying to put a dent in them with the JFP events calendar. Even if you are someone with a finger on the pulse of the capital city, put us to the test. I guarantee you'll find something on there that you haven't heard about.

Much of the credit for that goes to readers who let us know when they or people they know are doing cool stuff. I keep a close eye on social media, posters plastered around town, and services like Eventbrite and Ticketmaster, but I'm a little embarrassed to admit that I still occasionally learn about long-running annual events that I have somehow missed out on for years.

The Jackson Free Press has always intended for its calendar to be a community calendar. That is to say, it sure as heck won't live up to its full potential if only one person is on the job. Thankfully, it never has been that way.

Over the past few years, as I've gotten more and more involved on the events front at work, I have been really encouraged to see the massive number of people submitting events through email and through the calendar itself.

Often, organizations and individual users will add handfuls of events at a time, which means that you can look at the  calendar and make plans for next month, not just next week.

As many events as we see, though, I know there are things that slip past us. If you have something here in town that you'd like added to the calendar, chances are good that we will want it on there, too.

Reach out to us via email at [email protected] or visit jfpevents.com and click the "Add Event" button. Even if it's a little too late for the print publication, we're always adding things online.