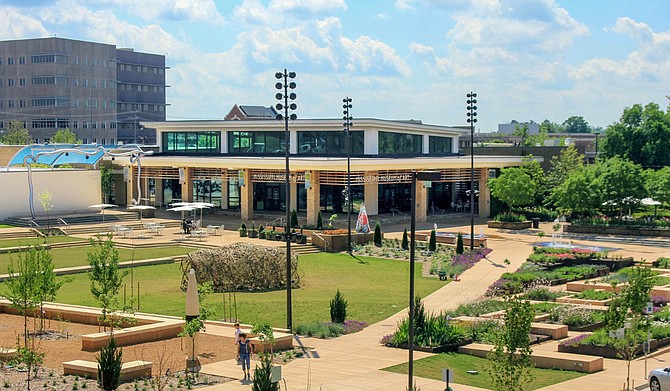 Belhaven University will host a free concert on Monday, April 23, at 5:30 p.m. in the Mississippi Museum of Art's Trustmark Grand Hall as part of the Composers' Orchestral Reading Session. File Photo

The Mississippi University for Women has named Dr. Tammie McCoy, who is currently chairwoman of the university's Bachelor of Science in Nursing Program, as dean of the College of Nursing and Health Sciences. On July 1, she will officially assume the position, replacing Dr. Sheila V. Adams, who has held the role for more than 45 years.

McCoy has bachelor's degrees in nursing and biological science, a master's degree in higher education, and a doctorate in educational leadership from the University of Mississippi.

Under her leadership, the university's BSN program recently achieved a 100 percent first-time pass rate on the NCLEX exam for the second time in three years. McCoy also received the Kossen Faculty Excellence Award in 2014 and the MUW Faculty Member of the Year Award in 2016.

Online Schools Mississippi named her as one of the top 20 medical and nursing professors in the state in 2013. She has also received the W Alumni Distinguished Achievement Award for community service. Mississippi Nurse's Association also named her its Community Service Nurse of the Year in 2013 for her work on projects related to breast cancer awareness and outreach, and community literacy campaigns.

The University of Southern Mississippi has awarded a contract to ASV Global, a company that provides unmanned and autonomous (self-operating) marine systems, to provide a craft called a C-Worker 5 Unmanned Surface Vehicle for the National Oceanic and Atmospheric Administration. NOAA will use the USV to test procedures and protocols for hydrographic programs, which involves measuring and describing the physical features of oceans, lakes and rivers.

The mapping center at USM's Hydrographic Science Research Center purchased the vehicle with a grant from NOAA's Office of Coast Survey. USM will use the USV to develop an operations manual for the C-Worker 5 and its mapping systems for use in NOAA's navigational charting program.

USM offers a three-month unmanned maritime system certification program in which students study nautical science, three-dimensional positioning, ocean policy, autonomous ocean vehicle systems and more. The students will use the C-Worker 5 as part of the class.

Belhaven University will host a free orchestra and strings concert on Friday, April 13, at 7:30 p.m. in the Center for the Arts Concert Hall.

Belhaven will host another free concert on Monday, April 23, at 5:30 p.m. in the Mississippi Museum of Art's Trustmark Grand Hall as part of the Composers' Orchestral Reading Session. The concert will feature Belhaven music composition senior James "Tripp" Stewart performing his work, "Market Garden," together with the Mississippi Symphony Orchestra.

The Composers' Orchestral Reading Session will also feature pieces from students of Mississippi College and Jackson State University. The session will include two readings and discussion of each music piece to give audience members an inside view of the music-making process.