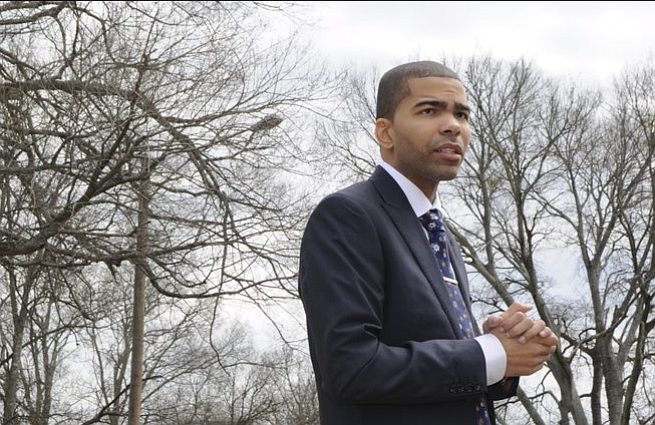 Mayor Chokwe A. Lumumba asked the Jackson City Council to raise property taxes by two millage late on Friday, Sept. 1, and it complied by a vote of 3-2. He pledged to be a "good steward" of the money. File photo by Trip Burns

JACKSON — In a rare Friday-night meeting, the Jackson City Council increased property taxes on the city's homeowners at a special meeting announced to media by fax 25 hours earlier at 4:45 p.m. on Thursday.

Mayor Chokwe A. Lumumba asked for the 2-millage tax increase to be added to the budget for the upcoming fiscal year. “Raising taxes is always our last resort," Lumumba said in an emailed statement after the vote. "We understand the seriousness of going to the taxpayers asking for more dollars. We hope this will be the last time in a long time that we ask for an increase in taxes.”

The City emphasized that the 2-millage increase would cost $20 more a year for owners of a house with a market value of $100,000. The tax increase will hit landlords and other owners of multiple properties harder, however. 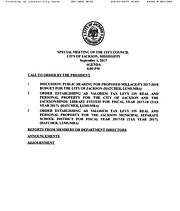 Ward 2 Councilman Melvin Priester Jr., who voted for the tax increase, said later that the council had to move fast in order to pass the increase in time to go into effect during the upcoming fiscal year. He sent the JFP a PDF of the "special packet" council members used for the meeting tonight.

City spokeswoman Kai Williams told the Jackson Free Press tonight that "the millage increase will be included in 2018 budget," meaning that it will affect property owners within the next year.

"The council still has to vote on the budget and decide how the money will be distributed," Williams added. "That is scheduled to be done next week."

“We assure the City that we will be good steward of the money," Lumumba said in the emailed statement tonight. "Now is the time that we have to make hard decisions. By ensuring good government and accountability, we are doing the work to move Jackson in the right direction.”

“We appreciate the sacrifices that our citizens make on a daily basis to move our City forward.”