"A Place for All People" at JSU, Tougaloo NASA Research and "Intersections of Gender and Place" at MUW | Jackson Free Press | Jackson, MS

"A Place for All People" at JSU, Tougaloo NASA Research and "Intersections of Gender and Place" at MUW 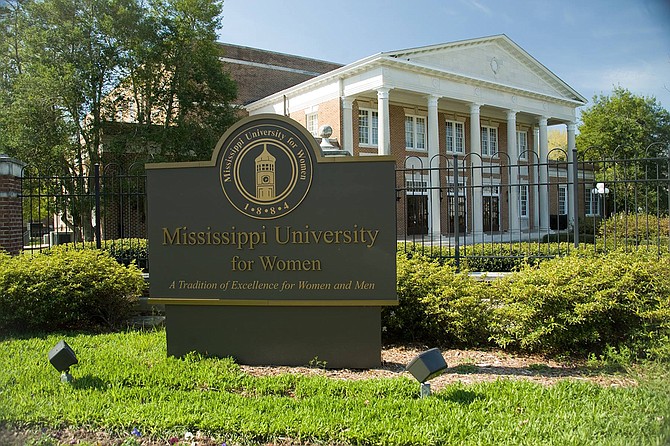 Mississippi University for Women is hosting "Intersections of Gender and Place," an art exhibition that focuses on women artists in the South whose work relates to gender issues and southern culture. Photo courtesy MUW

The Mississippi Humanities Council recently awarded Jackson State University's Margaret Walker Center with a Racial Equity Grant to produce "A Place for All People," a traveling exhibition that will make appearances at the Central Mississippi Correctional Facility and Parchman Penitentiary in addition to JSU.

The exhibit, which is part of the Smithsonian Institution Traveling Exhibition Service, details the history and work of the National Museum of African American History and Culture, a Smithsonian museum that opened in Washington, D.C., in 2016.

Deborah Mack, associate director for community and constituent services at the NMAAHC, will speak to a group of female inmates at CMCF during the exhibition's opening on Thursday, Dec. 7. The exhibit will remain at CMCF for two weeks before moving to Parchman, then on to the Margaret Walker Center. When it leaves the center, the exhibit will be available for any public institution in Mississippi by request.

Santanu Banerjee, chairman of Tougaloo College's physics department, received a $26,000 grant from NASA to assist in research and preparation for NASA's planned exploration of Mars in 2030. Banerjee's research will mimic Mars' environmental conditions, such as UV radiation, temperature, humidity and microgravity, in order to test bacteria samples to determine how long they will survive.

The NASA grant will involve collaborations between biology researchers at Tougaloo and Jackson State University, and fund internships and NASA-related STEM programs for undergraduate students, as well.

Banerjee is also a recipient of a research development grant from Mississippi IDeA Network of Biomedical Research Excellence, which is a University of Southern Mississippi College of Science and Technology program that supports biomedical researchers and students in the state through the National Institutes of Health.

For more information about the Mississippi INBRE, visit msinbre.org.

Mississippi University for Women (1100 College St., Columbus) is hosting "Intersections of Gender and Place," an art exhibition that focuses on women artists in the South whose work relates to gender issues and southern culture. The exhibit, which opened on Oct. 5 and will be on display at the MUW Galleries in Summer Hall through Nov. 1, features artwork from Teresa Cole, Shawne Major and Amy Pleasant.

Cole is a New Orleans-based printmaker who earned her master's degree in print media from the Cranbrook Academy of Art in Michigan. She currently teaches printmaking at Tulane University.

Pleasant is a resident of Birmingham, Ala., and earned her Master of Fine Arts degree from the Tyler School of Art at Temple University in Philadelphia, Pa. She was a 2015 recipient of the Joan Mitchell Foundation Painters and Sculptors Award.

Major is a Louisiana-native mixed-media artist who earned her Master of Fine Arts degree from Rutgers University in New Jersey. Her work is featured in the art collections at the Renwick Gallery of the Smithsonian Institute of American Art, the New Orleans Museum of Art, the Ogden Museum of Southern Art and other institutions.

The MUW Galleries are open Monday through Friday from 8 a.m. to 5 p.m. For more information, visit muw.edu.