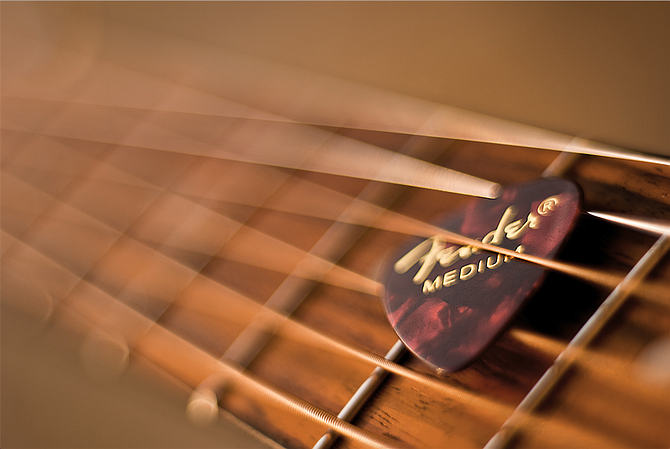 In the 2014 movie "Whiplash," J.K. Simmons' character, Terence Fletcher, says, "There are no two words in the English language more harmful than 'good job.'" Unfortunately, I think just about any musician who has ever shared their work with another person could one-up him with six words: "Oh, so you're in a band?"

I can understand why that reaction, even if it is an internal one, has become the go-to move, for sure. There is so much content out there that, when a stranger asks you to check out their music, it can kind of feel like a direct affront to you:

"Excuse me, sir or madam, but you look like you have too much time on your hands. Let me help by assigning you 40 minutes of listening, which I will ask you to follow with several steps, including signing up for my newsletter and buying a T-shirt and going to my show tonight and ..."

For some, recoiling when an artist tries to hand them a CD or flyer on the street is also a rare opportunity to say "no more." You may not be able leap into pop, hip-hop, rock, country or Christian radio, and slap each and every sound-alike artist until they stop, but you sure as heck can tell this 21-year-old kid in a fedora that you are not interested in perpetuating the system of sameness, man.

When it is someone that you know telling you about their music, the average person won't intentionally be hurtful. However, the response is usually still a small variation on that tried-and-true six-word statement.

It comes with more baggage than you may realize, too. For one, there is often the hint of an "oh, come on, not you, too" attitude lurking in even the most well-meaning responder. Sure, a lot of music is on the market, but few people can attest to this fact like musicians, whose biggest hurdle is trying to stand out in the middle of that.

For me personally, I know, like nearly every white man who ever picked up a guitar hath known, that being a singer-songwriter does not make me one in a million. If anything, it puts me closer to "a million in a million." It's such a commonality that the media and viewers of TV talent shows, such as "American Idol," coined the acronym "WGWG." As in, "They had 'white guys with guitars' win the last two years. I can't handle anymore WGWGs this season."

It's an accurate descriptor, but it has an inaccurate connotation. Do I sound anything like John Mayer or Phillip Phillips or James Taylor or Jason Mraz or Shawn Mendes or Ed Sheeran or Jack Johnson? Not in the least, nor do those guys sound much like each other, but I'm betting that you'll be a mile down State Street before my guitar is out of its case.

The second part of hearing "Oh, so you're in a band," and by far the most hurtful, is the people from whom that phrase tends to come.

I started writing music when I was about 16 years old, and since the age of 19, I've been performing all around the Jackson metro area. Over the past year, I've been able to start touring, playing music around the region with a group of friends. Strangely enough, the latter endeavor has made the biggest difference in people in Jackson listening to our music and paying attention.

I think that it's worth asking: Why do I have to leave for my friends and neighbors to catch on? I'm grateful when anyone looks up our album online or comes out to a show, but it feels strange when people who I've told about my music countless times can still be surprised and say things like, "Oh, OK. I didn't know you guys were actually going to be good." I'm sure I'm not alone in that, and I'm also equally sure that I've been guilty of it.

Music may not be my job, but after more than a decade pursuing it, I would say that it is certainly more than a casual hobby. Over the years, I've devoured countless books, podcasts and blogs about songwriting, stage presence and the music industry. I normally do a few hours of research each week, in addition to hours of practice, and apply what I learn to my own music. I've posted on social media about every show, invited the people I know both in person and online, printed and hung up flyers, and when it came time to release my band's first full-length record in December 2016, I didn't shut up about it for months. I still haven't.

So when someone that I've known for many years replies, "Oh, so you're in a band?"—of course it stings a little.

It happens with every art form, too. I'll be honest and admit that I don't know much about visual art. When I try to draw a person, the legs usually end up with the shape and proportions of Christmas hams. However, I have been at vendor tables where my insanely talented artistic friends were trying to sell work, and passersby just shooed them away in annoyance or bee-lined around their tables.

Trust me, as a long-recovering introvert, when I say that they wouldn't step out on that limb and try to share something with you unless, for one thing, they trust and respect your opinion, and for another, they actually have a deep passion for it.

Take a few minutes to ask the people around you what they're passionate about, and then, give it a shot.

Music Editor Micah Smith is married to a great lady, has two dog-children named Kirby and Zelda, and plays in the band Empty Atlas. Send gig info to [email protected].