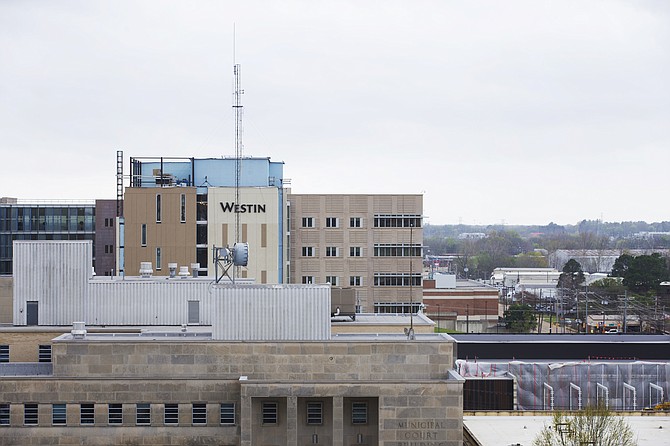 The Westin Jackson hotel, which is scheduled to open in early August, recently named chef Matthew Kajdan as the executive chef of the hotel's restaurant, Estelle Wine Bar & Bistro. Photo by Imani Khayyam.

The Westin Jackson hotel, which is scheduled to open in early August, recently named chef Matthew Kajdan as the executive chef of the hotel's restaurant, Estelle Wine Bar & Bistro.

Kajdan has more than 15 years of experience in the restaurant industry, and he previously served as the executive chef at Parlor Market, where he crafted a menu of Southern cuisine made from locally sourced ingredients.

Kajdan was born and raised in Madison, and learned to cook from his mother and grandmother. He began his career at Bravo! Italian Restaurant & Bar under chefs Louis Larose and Dan Blumenthal, and went on to work with Nick Apostle, owner of the now-closed Nick's Restaurant in Jackson.

In 2006, Kajdan moved to upstate New York, where he worked at the historic Sagamore Hotel under chefs Frank Esposito, Ken Lingle and Bill Foltze. In 2008, he moved back to Mississippi and began working with Apostle once more, helping him open the now-closed Mermaid Cafe in Madison in 2010. He served as executive chef and later as general manager for the restaurant.

Jackson-based Hope Enterprise Corporation is teaming up with the Mississippi Center for Cultural Production, an arts- and agriculture-based initiative for community cultural development based in Utica, to host a community meeting on Tuesday, May 23, at the Utica Community Center (414 E. Main Street, Utica) from 6 p.m. to 8 p.m. The topic of the meeting is current and future economic development in Utica and surrounding areas.

The meeting also concerns planning and development for MCCP, and an ongoing project that Hope Enterprise is leading to research economic development and investment in businesses throughout Mississippi.

Guests will include representatives of community-development initiatives in states such as Kentucky, South Dakota, Texas, Arkansas and North Carolina.

Millsaps College recently established a partnership with the Shepherd Higher Education Consortium on Poverty, which is a nonprofit association of 23 higher-education institutions that helps prepare students for professional, civic and political activity to diminish poverty.

The partnership formally begins on July 1 and will run through June 30, 2020. Stephanie Rolph, who is an associate professor of history at Millsaps, will serve as the academic director for SHECP. She will work with SHECP Executive Director Harlan Beckley to manage all academic partnerships and programs, including supervision of an internship director, fundraising, and collaboration with the SHECP board and member schools.

A release from Millsaps states that the SHECP program will operate under the college's Institute for Civic & Professional Engagement, which the school established in 2016 to facilitate student development along a continuum of engagement from living and learning communities to in-depth student research projects and study abroad to co-curricular service projects and professional internships.