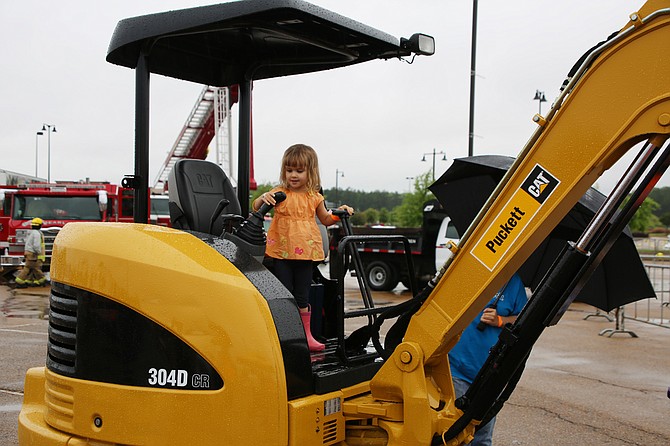 Touch a Truck Jackson lets children climb all over heavy machinery and other equipment. They love it. Photo courtesy Touch a Truck

Junior League of Jackson will host its fourth annual Touch a Truck Jackson event on March 24 and 25 at Trustmark Park in Pearl (1 Braves Way, Pearl). Touch a Truck Jackson gives children the chance to climb inside, explore and learn about trucks, emergency response vehicles, heavy machinery and other equipment.

"This year we have three big excavators from Puckett Machinery, a brand-new fire truck from the Pearl fire station, 18-wheelers from the Mississippi Trucking Association, a helicopter from the state highway patrol, police cars, an ambulance and ... more," Jane Harkins, Touch of Truck Jackson chairwoman, says.

March 24 is Field Trip Friday, which is open to preschool, daycare or elementary school students some of whose schools participate in Junior League of Jackson's Handy Helpers program, which helps schools organize field trips who ordinarily wouldn't be able to due to financial reasons or other issues. The March 25 event is open to the public, and admission is $5 per person.