Safe in Our Own ‘Castles’ | Jackson Free Press | Jackson, MS

Safe in Our Own ‘Castles’ 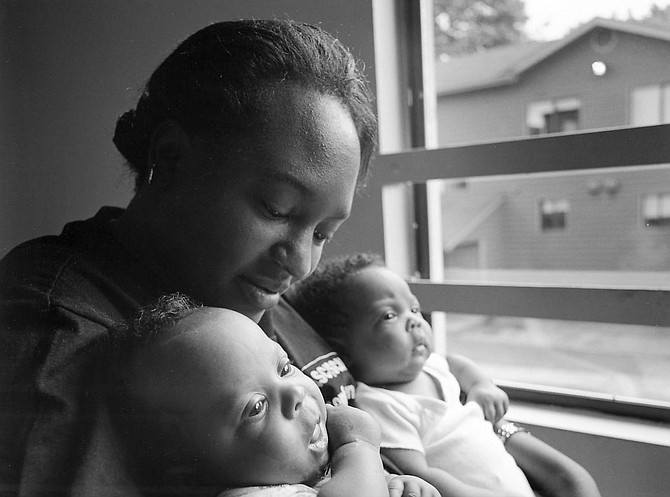 "Now we can all sit back and watch as the shaming of black single motherhood begins again." Photo Seattle Municipal Archives

One of the last places I want to find myself when traveling with my family is on the side of dark stretch of freeway with flashing lights behind me. Yet there we were in the middle of I-don't-even-know-where, Missouri, after a state trooper pulled us over because our rental company had given us a vehicle with a "tags applied for" paper on the back, and it flew off.

Thankfully, the trooper understood, and everything went well, but as I sat there with my phone recording, I didn't know that would be our truth.

The shadow that the killings of Philando Castile and Charleena Lyles, among numerous others, cast weighs heavily on my mind and heart as I move through the world. They should be home with their families right now.

I'm fully aware that my family operates under the privilege of my white partner and my light skin, yet at the end of the day, I'm still black, and so are my kids. It gets so exhausting having to explain our human right to an equitable and just existence to people.

I was in tears explaining to the rental-car company how they are putting people in danger by giving them vehicles without real license plates, and the response was a generic "sorry for your inconvenience." Being afraid that an interaction with the police may end in death isn't an inconvenience—it's a safety concern.

I shouldn't have to carry this fear, nor should my children or any other person of color in this country.

Philando Castile should have been safe to be a legal gun owner in a car with his family without a police officer gunning him down. Charleena Lyles should have been able to call for help and not have two police officers kill her in front of her children, whether she had a knife or not. Now we can all sit back and watch as the shaming of black single motherhood begins again.

It's not enough that Charleena is dead now. Many in the media, with the help of the police, will find every piece of dirt about her life as if she should be on trial. It's already happening. Then, if we're lucky, the officers who shot her will get a trial, and I have no faith that anything will happen to them.

I'm here to work with those who want to move forward to create better institutions and change institutions, but I won't beg and plead for what is ours by birth. I won't beg for my kids' right to peace of mind and to feel as safe as their white cousins. We have a human right to be safe in our own "castles."

The fact that whole segments of our country are not safe from our government and its employees must be addressed.

Until it is, I'll be right here reminding you that black lives matter—not "all lives matter" because if all lives actually mattered, then my white family members wouldn't move through the world and interact with police completely differently than every black person ever.

Laurie Bertram Roberts is a grassroots reproductive-justice activist, full-spectrum doula and writer based in Jackson. She is the co-founder and executive director of the Mississippi Reproductive Freedom Fund.