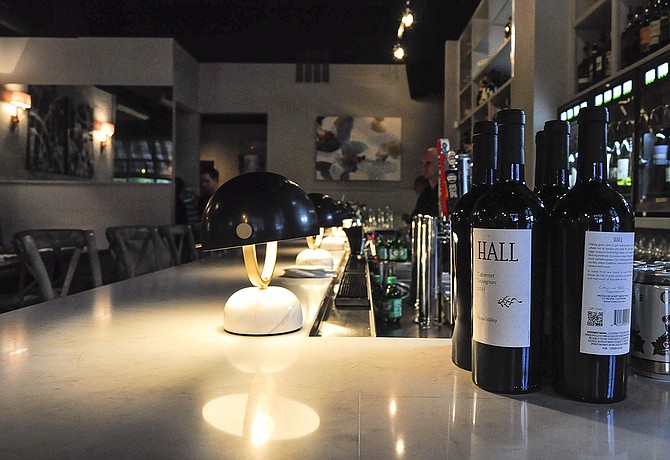 CAET Wine Bar in Jackson won a Best of Award of Excellence in the 2017 Restaurant Awards. Trip Burns/File Photo

FEAST Specialty Foods, which is an internet-based business that prepares and delivers dinners to homes and offices, recently moved into a new commercial kitchen at The Hatch in midtown (126 Keener Ave.). FEAST's former location was inside the Jackson Enterprise Center on Highway 80, which closed in January of this year. The new 1,500-square-foot kitchen at The Hatch officially opened on Sunday, July 9.

Camille Peeples, who is the owner and executive chef of FEAST, originally opened her business in Houston, Texas, in 2011 and relocated to Jackson in 2014. Peeples, who worked as an interior designer in Houston before opening FEAST, says she learned to cook from her mother, Selma Spreen.

"My mother was an intuitive cook who put three square meals on the table every day," she says. "She never used a recipe and just came up with her own ideas, and dinner was always great. I learned (from) just being in the kitchen and experimenting with different ingredients with her, and cooking became a hobby of mine that I eventually decided I wanted to make into a profession."

Peeples partnered with a friend in Houston named Carla Ohls, who ran a soup-pickup business, to set up the original FEAST location.

At FEAST's space in midtown, Peeples does all the cooking and offers a different dinner menu each week, along with a large selection of frozen food such as soups, gumbos, casseroles and a la carte items.

The current menu is available on FEAST's website. The displayed menu is for the following week, with all orders due by 9 p.m. each Sunday. Deliveries take place on Wednesdays and Thursdays between 2 p.m. and 6 p.m. For more information, visit feast-sf.com, call 601-941-4757 or find the business on Facebook.

The full list of award winners will be available in print in Wine Spectator's next issue, which comes out July 18. The list is currently available online at restaurants.winespectator.com or via the Restaurant Awards app. The app is available for free and also allows iPhone and iPad users find nearby award-winning restaurants along with information about cuisine, wine and pricing.

Stuff the Bus at Outlets of Mississippi

The Outlets of Mississippi (200 Bass Pro Drive, Pearl) recently announced that it will host a Stuff the Bus back-to-school campaign from July 5 through Aug. 5. During that time, customers who bring in school supplies to donate or make a purchase from participating stores will automatically be entered to win a $250 shopping spree. The event also coincides with Mississippi's tax-free weekend, which is on July 28 and July 29.

The Mississippi Braves baseball team will participate in Stuff the Bus drive on July 9 and July 23. As a part of the Braves' weekly Family Fest event, visitors who arrive at Trustmark Park with school supplies or clothing on those two dates will receive a 2017 team baseball card set and a 2017 team photo for their donation.