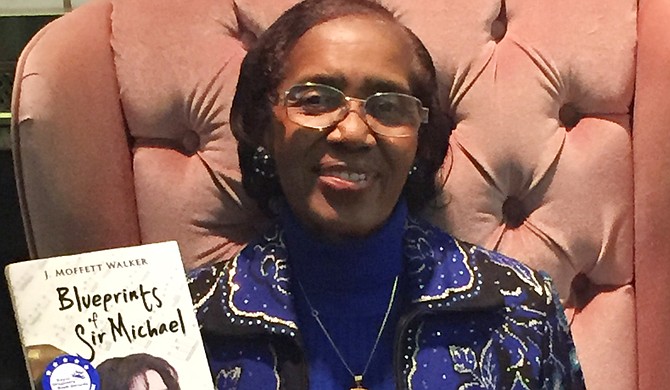 "Living in his hometown, I learned a lot about him and his family, and interviewed people (that) a lot of others who have written about Michael Jackson didn't," Walker said. "For example, I talked to Anita Hill, his teacher who taught him to sing his first public solo song, 'Climb Every Mountain,' in third grade. Even back then, he was singing and bringing tears to people's eyes. That young man had talent."

Born in Edwards, Miss., Walker graduated from Utica Institute and went on to attend Utica Junior College, which is now Hinds Community College's Utica Campus. She graduated in 1959 and received a scholarship for Jackson College (now Jackson State University), where she received a bachelor's degree in language arts in 1961. 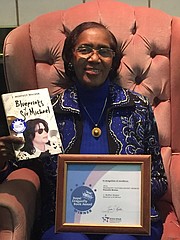 Walker worked as a teacher at Burgulnd High School in McComb for a year after graduating before marrying her husband, Tommy Walker, whom she met at Jackson College. The pair moved to Minneapolis briefly for Tommy's job as a metal worker and then to Pine Ridge, S.D., in 1962 after Tommy took a job at an Oglala Sioux Native American reserve. They moved to Gary, Ind., in 1969 and lived there until moving to Jackson in 2004.

In 2001, Walker self-published her first book, "Church Folk," through AuthorHouse. That same year, she started a local writing club in Gary that eventually drew Dolly Millener, who was a sister of the principal at the school where Michael Jackson first performed, to sign on as a member. She and other locals asked Walker to write about Jackson after seeing her previous work.

"I said no at first, because I thought someone with more experience should write about him," Walker said. "However, I found out from (Millener) and other locals that writers had been flying in and writing about him, but no one had interviewed Anita Hill or other important locals who were close to Michael, so I decided to see what I could do. What I wrote is different because I talked to his teacher, local relatives and friends of the family, and plenty of adults who grew up singing with Michael.

"My book ended up followed him from (the) beginning of his life to the end. I was ready to send the book in to be published when the news came in that he'd been hospitalized, and that floored me. I screamed and called my husband, and said I didn't think it was going to be right with Michael, and you know the rest of the story. We flew from Jackson back to Gary to finish the story because we knew we needed to see what Michael's hometown was going to do to have the right conclusion. I wanted to be sure to include everything the people of Gary did to memorialize their world-renowned native son."

Walker's other works include "Muh's Cookbook: Recipes Before 1930," "Church Folk," "Muh," "Earth Angel," "The Powerful Web of Kinfolk" and "The Mississippi I Love." She is also a co-founder of the Clinton Ink-Slingers, a writers group that encourages novice and accomplished writers in Clinton and surrounding communities.