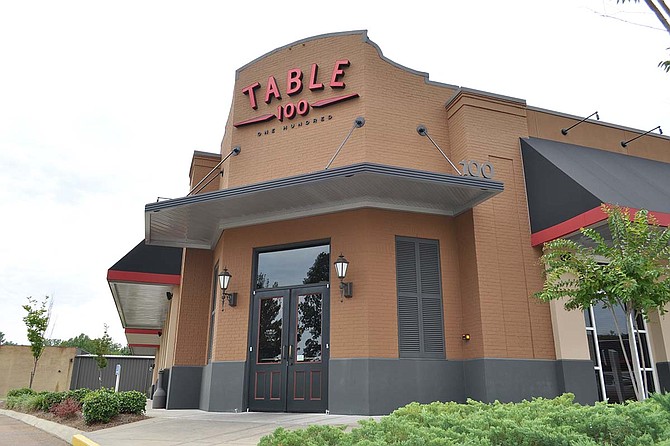 JACKSON — Table 100 recently named Payton Warren, who once served as chef de cuisine under previous Executive Chef Mike Romhild, as the restaurant's new executive chef. Warren will be in charge of all food-and-beverage operations at Table 100 (100 Ridge Way, Flowood), along with catering and banquet operations.

Warren is Brandon native who first learned to cook from his mother when he was 9. He began working in the Jackson restaurant scene as a busboy and waiter, and later as a line cook while studying culinary arts at Hinds Community College in Pearl.

In the past, Warren has served as the sous chef at the now-closed Julep Restaurant and Biaggi's Ristorante Italiano, and as the executive chef at Broad Street Baking Company. Warren worked as chef de cuisine at Table 100 from 2011 to 2014, when he took a job as chef de cuisine at Seafood R'evolution.

For more information, visit tableonehundred.com or find the restaurant on Facebook.

Estelle Wine Bar & Bistro, which opened inside the Westin Jackson hotel (407 S. Congress St.) in August, is hosting a holiday event called "Brunch with Santa" on Sunday, Dec. 17, from 11 a.m. to 3 p.m. Patrons will be able to enjoy a southern holiday brunch while visiting and taking photos with Santa.

"Brunch with" Santa will feature Estelle's normal brunch menu along with sugar cookies and bottomless "brunch-tails" such as mimosas and bloody Marys for $17 per person. The brunch menu includes an omelet of the day, buttermilk biscuits, fried-chicken biscuits, eggs Benedict, corned beef hash, steak and eggs, pancakes, shrimp and grits, chicken and waffles, and more.

Fine & Dandy, a restaurant located next to the District Green inside the District at Eastover (100 District Blvd.), held its grand opening on Monday, Dec. 11. Ray-Scott Miller, president of Miller Hospitality, is the owner, and Jesse Houston, who has previously worked at Parlor Market and Saltine Restaurant, is the executive chef.

Houston, a Dallas native and James Beard Award semi-finalist, has prepared a menu featuring items such as a signature burger made from house ground brisket, short rib and chuck on a special "Brotato Bun," a soft potato bun that Fine & Dandy pastry chef Amy Henderson.

On Tuesday, Dec. 12, Innovate Mississippi announced that the W.K. Kellogg Foundation gave the organization a three-year, $1-million grant to grow its Jackson-based Mississippi Coding Academies from one academy to four over the next three years.

The release says the Kellogg grant will cover about one-third of the Academies' operating expenses, with private-sector funding matching the amount in the second and third years. Another coding academy based in Columbus also launched in December this year with support from the Columbus Municipal School District.

For more information or to apply for Mississippi Coding Academies, visit mscoding.org.