Junie B. Jones, Batman and Puppets 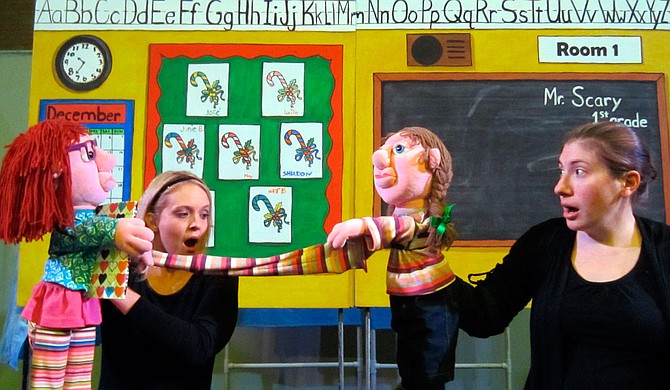 For the fourth time, the Mississippi Puppetry Guild will do a production of "Jingle Bells, Batman Smells."

The play is based on two books from the "Junie B. Jones" series by Barbara Park, and though it is written for stage actors, the guild will perform it with puppets.

"The books are heavily illustrated by cartoons," the guild' artistic director and the play's director, Peter Zapletal, says. "That served as an inspiration to use puppets rather than actors. With puppets, you create your own cast, not dependent on the face or body size of the performer."

Junie B. Jones, or Juniper Beatrice Jones, a bright first grader, shares the stage with five classmates and their teacher, Mr. Scary. The story revolves around the class' upcoming performance of "Jingle Bells." In the play, Junie struggles with choosing between buying a gift for herself, or buying a gift for her classmate, May, who does not like Junie.

The Mississippi Puppetry Guild will perform the play on Friday, Dec. 8, and the following Dec. 12-15 at 9:30 and 11 a.m. at Belhaven University Center for the Arts (835 Riverside Drive, belhaven.edu). Single tickets are $10 each, and group tickets are $8 each.