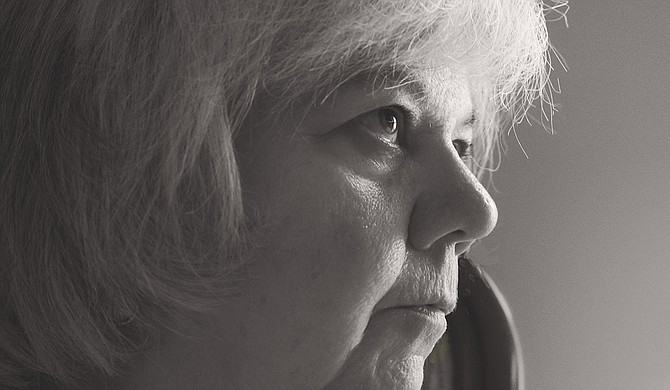 Photographer Paula Van Every spent the past 18 months taking pictures of water birds nesting beneath the reservoir dam, and Mississippi Museum of Natural Science visitors will soon have a chance to see behind her lens.

The museum will host a three-month exhibit of her photographs, titled "Birds of the Dam," starting in September. Environmental clean-up group Keep the Reservoir Beautiful, which Van Every worked with to prepare the exhibit, will hold an opening reception on Friday, Sept. 1, from 4 p.m. to 5:30 p.m. in the museum's atrium.

"These are just typical water birds, but their choice of where they live is what is so unusual," Van Every said. "I decided to photograph their lives beneath the dam and make them more fine-art-styled, rather than documentary-styled.

"In the photos, you can't even tell that it's the dam unless someone tells you, but you can tell that it's something odd. It's filled with cubic architecture that would be ugly if you just looked at it on its own, but when you mix it with the birds, the water and the light, it turns into something else. It shows both the beauty of the birds and that the dam has it's own beauty that is worth protecting."

In April 2017, the Luminous Endowment for Photographers, a charitable fund that provides financial assistance to photographers, presented Van Every with its Southern Exposure Grant so she could get her photographs ready to present to the museum. Van Every also worked with John Sigman, the general manager of the Pearl River Valley Water Supply District, which controls the dam, and Jeannine May, the leader of Keep the Reservoir Beautiful, on the project.

"After I started taking the photos, I began reaching out to people because I didn't know much about the birds and realized I needed to know more," Van Every said. "The birds are endangered because of the litter problem around the dam, so I hope my exhibit can help Keep the Reservoir Beautiful with their volunteer efforts to clean the area."

Van Every, who was born in Carrollton, Miss., attended Lexington High School before going on to University of Mississippi, where she graduated with a bachelor's degrees in English and sociology in 1970. She then attended Tulane University in New Orleans, where she received a graduate degree in social work in 1974. She married her husband, Eugene Van Every, the same year. The couple moved back to Carrollton after Van Every's graduation and helped develop mental-health centers in Carrollton and Greenwood as psychiatric social workers.

Van Every and her family moved to Jackson in 1987. In 1991, she became a social worker for Jackson Public Schools. She ran mental-health and support programs for at-risk children for three years before taking a job in the special education office at the former McWillie School, which is now McWillie Elementary. She retired from JPS in 2014, after which she began dedicating herself to photography.

"I first got interested in photography about 10 years ago when my son Jonathan started playing baseball with the (Boston) Red Sox," Van Every said. "I started out taking pictures of him at games, then started becoming interested in landscapes, animals and all sorts of other things. I went to national parks with Eugene and started exploring the Mississippi backwoods, barns and cotton fields. I grew up in a family of artists and musicians but could never do that kind of thing myself. However, I finally found my own creative voice through my camera."

Van Every and her husband have two sons, Jonathan, 37, and Kelsey, 35, and three grandsons.