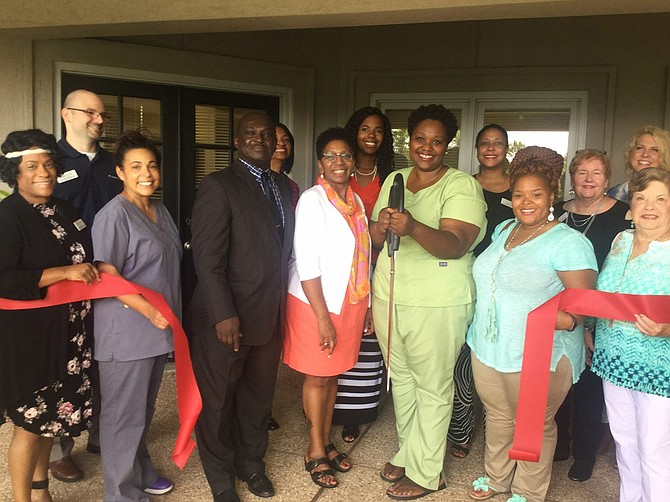 Correction: This story has been edited to remove an incorrect link for Envy Salon & Spa.

Envy Life Nutrition Club offers meal-replacement products, such as shakes with 24 grams of protein, low sugar and fat content, and around 200 to 250 calories each. It also sells herbal teas to boost energy and metabolism.

Hathorn's new business is an extension of Envy Salon & Spa, which opened in 2016 and offers services such as manicures, pedicures, gels and acrylic nails, facials, chemical peels, body waxing, hair services such as straightening, braids and extensions, relaxation massages, and more.

"For the salon, we try to arrange appointments so that everyone's services are private," Hathorn said. "We want to make sure that they're the only one there when they're being served to help them feel comfortable. We also customize our services to suit everyone's needs."

Hathorn received her nail technician certification from the Mississippi Institute of Nails, Aesthetics and Cosmetology in Clinton in 2010 and her aesthetics certification in 2012. She worked at The Spa at St. Dominic's for two years, and also worked with Dr. Stefanie Thomas and Dr. Ashley Blackwell at Premier Foot Clinic in Clinton. She opened Nail Envy in 2013.

Jackson native Charles Richardson, who is the pastor at Nu Vision Worship Center and a retired firefighter, held a soft opening for his new soul-food restaurant, Mother's Kitchen and Catering (1207 Neal St., Clinton), on Aug. 25 and Aug. 26. Richardson named the restaurant in honor of his mother, Jesse "Mother" Richardson.

Mother's offers southern dishes such as fried or baked chicken, pork chops, turkey necks, chicken Alfredo and more, with the current menu posted to the restaurant's Facebook page each day. Mother's daily lunch plate special includes an entree with three sides and a drink for $9.99.

Rhodes, Greece, natives Stefano and Despina "Daisy" Mangafakis held a grand opening for their new restaurant, Yiayia's Greek Kitchen (587 Highway 51, Ridgeland), on Aug. 1, following a soft opening on July 15. The couple chose the restaurant's name, which is Greek for "grandmother," in honor of their two grandsons.

"All the food here is authentic Greek cuisine rather than Americanized, and is prepared on-site in traditional fashion," Yiayia's Manager Chris Tselepis told the Jackson Free Press. "Everything is made at time of order and nothing is precooked. (The Mangafakis) are very warm and friendly people who treat their customers like family."

Yiayia's Greek Kitchen is open Monday through Saturday from 11 a.m. to 9 p.m. For more information, call 601-853-1110 or visit the restaurant's Facebook page.